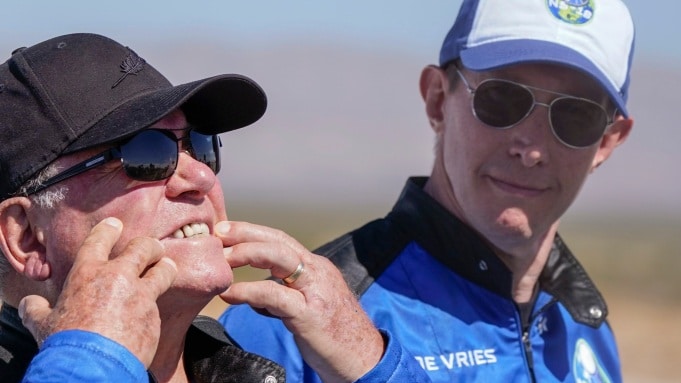 Glen de Vries was an American businessman, who co-founded and served as co-CEO of the technology company, Medidata Solutions. He was also a space tourist who went to space alongside actor, William Shatner with Jeff Bezos’ Blue Origin in October 2021. A month later, Glen died in a small plane crash on Thursday, November 11 in New Jersey. Glen de Vries net worth at the time of his death is reported to be around $1 billion.

Glen de Vries was born on the 29th of June, 1972 in the United States of America. There is not enough information available on his early life and parents. Though it is revealed that he was passionate about learning computers from a young age. While in high school, he was encouraged to learn dance by his mother.

Regarding his education detail, he has studied at Carnegie Mellon University. He held his University graduate degree in 1994 with majoring in Biological Sciences. While he was studying at the university, he worked as a research assistant at New York University.

You May Also Like:   Riccardo Tisci Net Worth: How Rich is the Fashion Designer Actually?

In October 2019, he became a co-CEO of the company. In the year 2017, Medidata was valued at $3.3 billion. Later, the value increased to $5.8 billion after the company was acquired by Dassault Systems. Besides his business venture, he was also a certified private pilot with an instrument rating.

Glen went to space alongside Stark Trek’s actor William Shatner on the Amazon founder Jeff Bezos’ Blue Origin in October 2021. He spent three minutes 62 miles above the Earth along with three crews in the spaceship. Glen was recently traveling in a plane, the single-engine Cessna 172 on November 11, 2021. The small plane crashed in Sussex County, New Jersey, before 3 p. m. The New Jersey aviation owner, Thomas Fischer was also found dead in the plane crash.

Glen de Vries’ relationship status is not known yet. He has not shared any information related to his personal life on his official Instagram account, @captainclinical. Glen shared his last Instagram post on November 9, 2021, where he attended the CNS Summit.

Glen de Vries had earned a net worth of around $1 billion before he passed away in a plane crash on November 11, 2021, in New Jersey. He must have gathered the colossal sum through running his technology company, Medidata Solutions for over two decades.

Barron Hilton Net Worth: How Rich is the Businessman Actually?