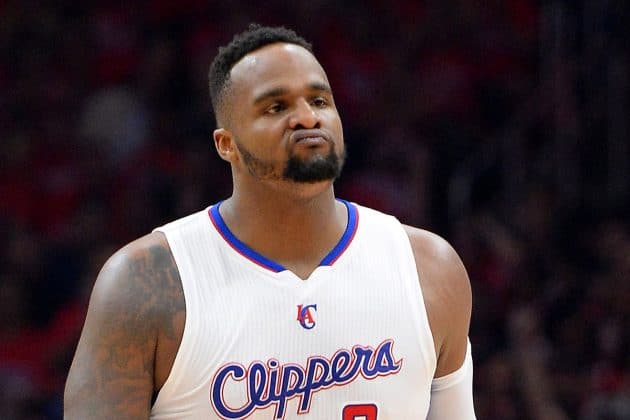 Glen Davis is a 36 years old retired American professional basketball player. He is best known for playing in the National Basketball Association (NBA) for the professional basketball teams Orlando Magic, Boston Celtics, and Los Angeles Clippers. Davis was selected in the 2007 NBA draft by the Seattle SuperSonics. As of 2022, Glen Davis net worth is estimated to be roughly $11 million.

Glen Davis was born on the 1st of January, 1986 in Baton Rouge, Louisiana, United States. He has not shared enough information regarding his past life and parents. For his study, he joined the Louisiana State University Laboratory School.

Davis used to get bullied a lot in his childhood. Thus, he was given the nickname a Big Baby at 9 years of age by his youth league couch.  His coach used to motivate him by saying Stop Crying, You Big Baby. Davis was actually way too large o play pee-wee, and his older opponents used to bully him.

Glen was a brilliant basketball player since he was studying at Louisiana State University (LSU). He even helped the University’s team, LSU Tigers to get through the first Final Four appearance in 2006. Davis later announced through a press conference in March 2007 that he would be forgoing his senior season at LSU and would make entry into the 2007 NBA draft.

You May Also Like:   Phil Dalhausser Net Worth: How Rich is the Volleyball Player Actually?

Davis was eventually picked up by the Seattle SuperSonics in the 2007 NBA draft. However, he was later traded to the Boston Celtics. Glen made his place on the Celtics’ 2007 summer league team, and he played his first NBA game for Celtics against the professional basketball team, Sacramento Kings in December 2007.

Davis was signed by the Celtics for two years, a $6.5 million contract on August 10, 2009. After two years in December 2011, he was traded to the Orlando Magic. When he was playing for Magic, he scored his career-high 31 points against the Detroit Pistons on April 3, 2012. In February 2014, he signed a contract with the Los Angeles Clippers.

Glen Davis was married to a lady named, Jenna Gomez in 2013. He spent two years with his wife, Jenna before separating through a divorce in 2015. Then, he dated a model and actress, Jasmin Jaye for some time. Davis is believed to be single at present time.

You May Also Like:   Mitchell Schwartz Net Worth: How Rich is the NFL Player?

The indictment revealed that the players presented false claims of around $3.9 million. From the total amount, they received around $2.5 million in fraudulent proceeds. Davis was previously arrested in February 2018 on the charge of drug possession and distribution. He was arrested by police in a hotel room with 126 grams of marijuana and a briefcase that contains $92,000 in cash.

As of 2022, Glen Davis’ personal wealth is estimated to be around $11 million. He reportedly earned $32 million in salary before taxes through his NBA career. In addition to that, he has also earned a million-dollar amount from endorsement deals.

Tony Allen Net Worth: How Rich is the Retired NBA Player Actually?