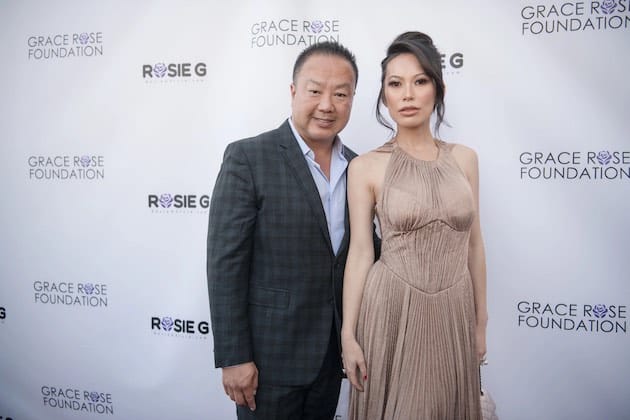 Gabriel Chiu is a Hong Kong-American professional plastic surgeon and philanthropist. He is the founder of Beverly Hills Plastic Surgery Incorporated. Chiu is best known for making guest appearances in the Netflix series, Bling Empire. As of 2022, Gabriel Chiu net worth is roughly around $50 million.

Gabriel Chiu was born in July 1967 in Taiwan. Not much detail is available regarding his parents and upbringing. He studied at the University of California Berkeley and earned a degree in Microbiology and Immunology. Then, he attended the Western University of Health Sciences in Southern California.

Following his graduation, he started his general surgery residency at St. John’s Health System in Detroit. Later, he was selected as Chief Resident in General Surgery at the Cuyahoga Falls General Hospital in Cleveland, Ohio. Following his residency, he started a fellowship in plastic and reconstructive surgery at the Philadelphia College of Osteopathic Medicine. He received all sorts of training in all aspects of plastic surgery that includes hand, burn, wound care, craniofacial, pediatric, trauma, reconstructive, and cosmetic surgeries.

You May Also Like:   Frank Fritz Net Worth: How Rich is American Pickers Star Actually?

Following then, he was selected as Chief Fellow of Plastic and Reconstructive Surgery. During this time, he oversaw the training with his plastic surgery fellows, oromaxillary facial residents, general surgery residents, and medical students. He returned to California after receiving complete training in plastic and reconstructive surgery. Chiu began practicing in Encino and Beverly Hills after returning to California.

Currently, he is running his private clinic at Beverly Hills Plastic Surgery alongside his wife in Los Angeles. The private clinic has over 35,000 patients and many affluent customers. Chiu is mostly recognized for his perfection and specialization in plastic and reconstructive surgery. He has also attracted many known celebrities and athletes to his clinic. Chiu also shares the before and after transformations of his patients on his official Instagram account.

Gabriel was known to people after he appeared in the first season of the Netflix reality series, Bling Empire. He made a guest appearance in the Netflix series due to his wife, Christine Chiu, who is one of the cast members in the series. The third Season of Netflix’s popular series began premiering on October 5.

In the newest season, Gabriel’s wife, Christine revealed that she asked to speak to HR at Netflix after her drama with Anna Shay. Before the Season 3 premiere of Bling Empire, she discussed the status of her friendship with Anna Shay after dropping a bombshell claim about Shay in the previous season.

In the second season of Bling Empire, Christine broke down in tears and was seen telling Kane Lim that Anna Shay is going around telling people that she will destroy her and she’s gonna take her down. Even though Christine requested to speak with Netflix HR, her representatives clarified that she never spoke to HR at Netflix but she did express her intention to speak with HR to one of the show’s producers who was with her when she received calls from the magazine editor.

You May Also Like:   Lauren Conrad Net Worth, Age, Bio, Clothing, and Jewerly

Gabriel Chiu is married to Christine Chiu, who stars as one of the main cast members in the series. He tied the knot with Christine in 2006. Together, they share a son named Gabriel Chiu III. Gabriel and Christine conceived their son via in vitro fertilization in 2018. When their son turned one, they made a donation of $1 million to the Santa Monica-based Cayton Children’s Museum.

As of 2022, Garbiel Chiu’s net worth is estimated to be around $50 million. Gabriel and his wife, Christine are very active philanthropists. They have contributed to charities such as Art of Elysium, The Ghetto Film School, Cystic Fibrosis Foundation, Elizabeth Taylor AIDS Foundation, and AmFAR. They are also primary members who are backing the Prince’s Foundation Health & Wellbeing Center in Scotland.

Gabriel and his beloved spouse, Christine purchased a $4.55 million worth house in Beverly Hills in 2014. The Chius listed the home for sale for $10.5 million in 2015. They eventually accepted an $8.7 million offer in May 2016 from Zoe Saldana.

Mimi Morris Net Worth: How Rich is the ‘Bling Empire’ Star?