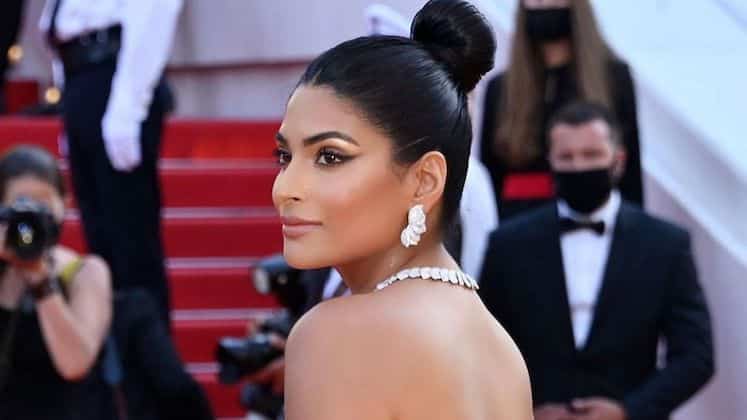 Farhana Bodi is a South Africa-born Emirati businesswoman, model, makeup artist, and reality star. She is best known for her appearance in the Netflix series, Dubai Bling. Farhana is also the founder of a company named I Am Woman Of The World which connects brands and clients through lifestyle events aiming to empower women. As of 2022, Farhana Bodi net worth is roughly around $1.5 million.

Farhana Bodi was born on January 4, 1986, in South Africa. She was born into a Muslim family who was originally from Gujarat, India. Her parents went through financial issues in India and they relocated to South Africa. Farhana has an older brother with whom she used to play cricket video games at a young age.

Bodi attended beauty school in South Africa when she was 17. Initially, she worked as a makeup artist before becoming a social media influencer. At an early age, she was a tomboy and as she grew old, she fell in love with fashion. Bodi stated in one of her interviews that she was a complete tomboy back in her childhood days and used to love playing cricket with her brother.

You May Also Like:   Chase Chrisley Net Worth: How Rich is the TV Star Actually?

Farhana started getting familiar with the fashion industry after she started working as a model and makeup artist. Her social media followers also increased and she kept her fans entertained with her beauty-related and fashion content. As of now, she is followed by 1.9 million people on Instagram. Due to her massive following on social media, she got to promote several influential brands. Bodi has also attended the London Fashion Week and walked on the Cannes Red Carpet.

Farhana has recently been in the limelight for starring in the Netflix series, Dubai Bling. The reality series revolves around Dubai’s wealthiest socialite residents and give viewers insider access to the exciting, and glamorous world of the most affluent cast members. The Netflix series is in fact a spin-off of the Netflix hit series, Bling Empire. The series started premiering on October 27 and follows the lives and relationships of a group of Dubai’s 10 most fabulous personalities. Bodi is one of the most explosive cast members of the show who loves to bring drama.

Most of her credentials are explored in the Netflix series where she is seen vlogging and posing up a storm at many events and photoshoots. Being a celebrity influencer, she has earned many modeling collaborations with famous brands such as luxury airlines Comlux and Versace. Bodi has recently traveled to Italy to make her presence at the Venice Film Festival. At the event, she was seen wearing a tulle dress designed by Maison Geyanna Youness.

Besides being a social media influencer, she also runs a lifestyle blog, I Woman of the World. She started her blog because she always wanted to inspire and empower women from all walks of life. Farhana also began the initiative to create a platform on social media for women who could begin their own ventures and brands. She also started a platform for all women to inspire each other through their work and struggles.

You May Also Like:   Andre Leon Talley Net Worth: How Rich was the Journalist Actually? 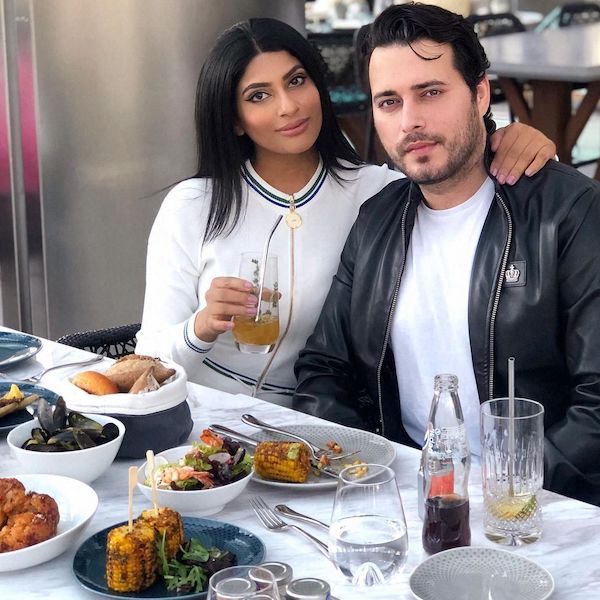 Farhana Bodi was married to Canadian entrepreneur, Herioes Havewalla. Her ex-husband, Herioes is known for his role as a product developer in a new technology company, GoldPesa, which is currently valued at $50 million. Bodi shares a six-year-old son named Aiden with her ex-husband. She describes herself as a young, single mom.

Bodi mentioned that being a mom is a blessing and a feeling that most women want to experience. When her son was one year old, she used to wake up every day early to take pictures of her son which used to bring her immense joy, confidence, and a warm feeling as a woman. She is also petting a husky named Kiara and an African Grey parrot named Osama.

Farhana Bodi’s net worth is estimated to be around $2.5 million as of 2022. She reportedly makes an estimated earning of $10,000 per Instagram post. Bodi’s estimated annual income from social media and brand partnerships is around $300,000. Similarly, she earns $50,000 from her modeling work. In addition to that, she makes annually at least $50,000 from running her own company, I Am Woman Of The World.