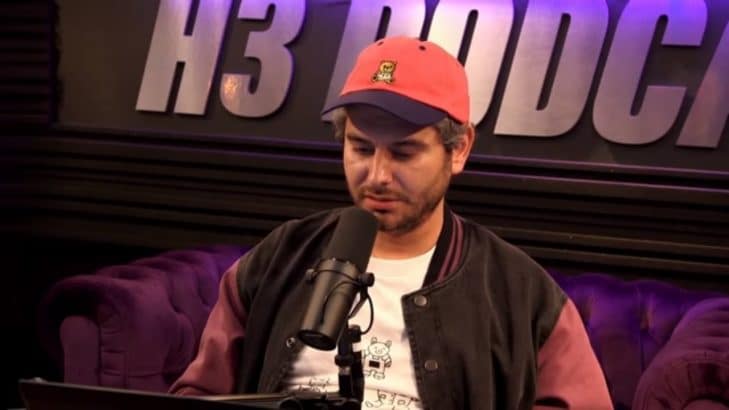 Ethan Edward Klein is an American-Israeli internet personality who is known for the Youtube channel called h3h3Productions with his wife Hila Klein. They also have a popular podcast called The H3 Podcast. As of 2022, Ethan Klein net worth is estimated to be $22 million.

Ethan was born on June 24, 1985, in Ventura, California. He studied at Buena High School. He then got his BA degree focused on English literature at the University of California.

Ethan Klein Net Worth and Career

Along with his partner Hila, the two started h3h3Productions in 2011. They focused on creating reaction videos especially based on internet culture in a satirical way along with sketch comedy. Over time, their channel has grown hugely in popularity with their main channel having more than 6.4 million subscribers.

Since 2019, they have focused more on their H3 Podcast which is nearing 3 million subscribers. Their critique regarding the different internet trends and the current affairs in the world have both created their fans as well as controversies. Ethan especially is not one to back away from presenting his opinion which is not always fully appreciated by people.

Their podcast was the 23rd most popular podcast in the U.S. in 2020. Among the different parts of their podcast, there is series titled Frenemies which was co-hosted by Ethan and Trisha Paytas. The show attracted a lot of viewers as there would be heated arguments and debates among the two regarding an array of topics. However, Trisha recently left the show citing differences. She created several videos where she explained what happened and accused Ethan of several things. Ethan felt that he was even accused of sexual harassment from the comments that Trisha made.

Ethan is regularly seen being a part of different controversies. He once even made allegations to the Wall Street Journal regarding the way they had covered a story regarding the Youtube star PewDiePie who is a friend of Ethan. He defended Felix by mentioning how the Wall Street Journal accused him of Anti-Semitism without any context of what Felix was meaning in his videos. This led to many of his fans supporting his opinion but many in the world of media didn’t like the video he made which went on to become viral with millions of views.

Ethan and Hila married in 2012 and have a child together. Though they lived in Israel for some time, they are currently residing in the U.S where their entire production company is based.

As of 2022, Ethan Klein has an estimated net worth of $22 million. Being among the most popular podcasts in the U.S. has helped their channel to attract many very lucrative sponsorship deals. Ethan and Hila have several real estate properties too with their biggest purchase being of a large estate in California for which they spent $9 million.

Jordan Matter Net Worth: How Rich is the YouTuber Actually?

Belle Delphine Net Worth: How Rich is the Social Media star Actually?