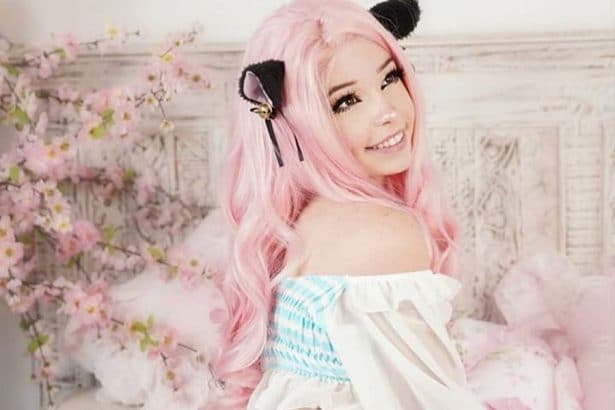 Belle Delphine was born on the 23rd of October, 1999 in Cape Town, South Africa. She was raised by her mother as her parents separated when she was a small kid. Along with her, she shifted her place in England. For her study, she joined Priestlands School. However, Belle had to drop out of school after she gets bullied online. Delphine suffered from depression after that incident.

At the initial stage of her career, she worked as a waitress, barista, and babysitter. During that time, she started sharing pictures of her cosplay on Facebook. However, her Facebook account was deleted in a short time. Then she created an account on Instagram in 2015. There, she regularly uploaded her modeling pictures using accessories like thigh-high stockings, cat ears, and pink wigs. She started getting notice for regular cosplay-related content.

You May Also Like:   Addison Rae Net Worth: How Rich is the Social Media Sensation?

In November 2018, she had around 850K followers on Instagram. Her followers increased massively in July 2019 which reached 4.2 million. However, her content on Instagram was getting into more controversies. An adult content creator named Indigo White alleged in January 2019 that she had passed off the pictures of other sex workers claiming that it is her own.

Belle launched an online storefront on 1 July 2019 for selling a product called “GamerGirl Bath Water”. She had an idea of selling the bathwater that remains after she bath as some of her fans commented on her photos claiming that they would drink her bathwater. The product was later marketed by putting the remaining bathwater in a jar which was priced at $30.

On 19 July 2019, Instagram banned her account due to community guideline violations. Though, she continued using Twitter and Patreon accounts. In June 2020, she returned to social media strongly by releasing a YouTube music which was made on parodying the song titled “Gooba”.

Through the video, she was promoting her TikTok and OnlyFans accounts. However, she didn’t stay on TikTok for a long time as she was banned from TikTok as well. She was terminated from YouTube on 20 November 2020 due to violating YouTube’s policy on sexual and nudity content.

As of 2022, Belle Delphine’s net worth is estimated to be around $2 million. However, some sources have claimed that she is earning around $2 million each month which makes her net worth to be much bigger than her actual claimed net worth. Sources like the British magazine“The Spectator”, and the business news website “Business Insider” have reported that her OnlyFans account gains her over $1.2 million every month.

Ethan Klein Net Worth: How Rich is Ethan From h3h3Productions?