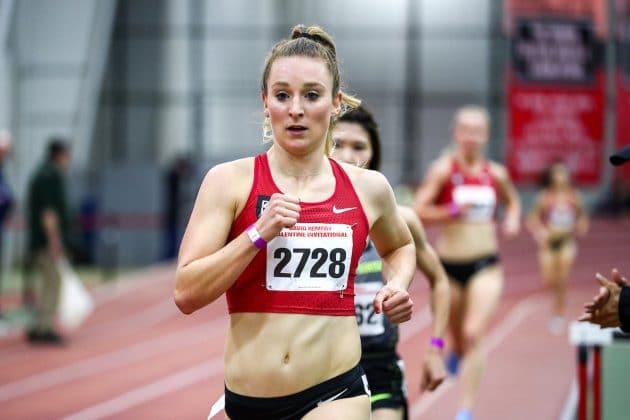 Elise Cranny is an American middle and long-distance runner. She is set to represent the U.S.A. in the upcoming Olympics in Tokyo after securing a victory in the 5,000 meters U.S. trials. As of 2022, Elise Cranny has an estimated net worth of $120,000.

Elise Cranny studied at Niwot High School where she was active as a runner. During her years in high school, Cranny was able to win two cross country state championships. Cranny would then join the prestigious Stanford University where she would continue her drive to succeed as a runner. She managed to finish second during the NCAA Division I Championships and even ended up being a 12 time All-American.

Her parents, Bob and Sandy Cranny have played a huge role in influencing Cranny to follow the path of an athlete. This is because both of them were triathletes who competed professionally. Her mother Sandy was able to compete in the Ironman World Championships in 2005. With her parent’s positive influence, Elise also used to race in triathlons from a very young age.

Elise Cranny Net Worth and Career

After Cranny graduated from Stanford, she would start her career as a professional runner with the Bowerman Track Club. She has progressed step by step during her association with the club. In 2020, she participated in the 4 × 1500 meters relay with other emerging stars such as Colleen Quigley, Shelby Houlihan, and Karissa Schweizer. The team was extremely successful even being able to break the previous world record and setting a new world record of 16:27.02 which was 6 seconds better than the previous record.

Cranny also holds an individual record for being the fastest in the 10,000 meters as well as the second-fastest in the 5000 meters. With the momentum from her win in the U.S. trials, Cranny is now heading towards the Olympics where there are high expectations from her to win gold for her country.

Elise Cranny currently stands at a height of 5 feet 4 inches or 162 cm tall and weighs around 52 kg or 115 pounds. Her body measurements are not available at the moment. Likewise, her natural hair color light brown and her eye color is dark brown.

Cranny is currently in a relationship with a professional runner named Sean McGorty. He is also part of the Bowerman Track Club and is a Stanford graduate just like Cranny so it is safe to assume that their romance started in their college days. S

Sean had a dangerous infection because of which Cranny had to take him to the hospital. That was a scary moment for the couple as Sean feared he might never be able to compete professionally again. Thankfully, with Cranny’s support, Sean has recovered well and even ran 5000 meters in 13 minutes and 11 seconds.

As of 2022, Elise Cranny has an estimated net worth of $120,000. Because of the potential, she has been able to show on the track, Cranny has already been signed with Nike on an undisclosed deal.

In the coming days, as Cranny starts to gain more recognition, her net worth could increase drastically as the best players in this industry can score amazing endorsement deals.

Rick Carlisle Net Worth: How Rich is the Indiana Pacers Coach?

Carl Nassib Net Worth: How Rich is the NFL Player Actually in 2022?