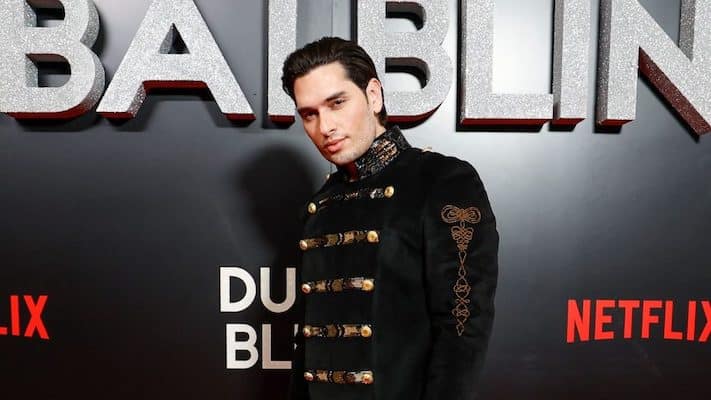 Ebraheem Al Samadi is an Arab-American entrepreneur and reality star. He is the founder and CEO of a company, Forever Rose. Ebrabeem is best known for his appearance on Netflix’s original series, Dubai Bling. He is the richest cast member of the Netflix series. As of 2022, Ebraheem Al Samadi net worth is roughly around $50 million.

Ebraheem Al Samadi was born in 1988 in Kuwait. As per his website, he grew up in the United States. His mother belongs to America and his dad is a wealthy Kuwaiti hotelier. Unfortunately, his parents split up when he was 13. Then, his mom raised him in Florida. He has four older siblings.

Samadi lost his luxurious lifestyle after his parents separated. In fact, he stayed with his mom in her one-bedroom flat. His mother used to work hard to bare all costs for the two by working all day. After seeing his mom struggle in her life, Samadi decided that he has to contribute and helped his mom. He was only 14 when he started saving to start a business.

Samadi passed his high school diploma after he requested to test early for his diploma by writing to the Florida senator. He wrote to the senator after realizing he was restricted under US child labor law which does not allow him to work any more than 20 hours a week. His appeal was granted and eventually, he passed his test. Then, he became legible to work 80 hours a week. After that, he worked as a lifeguard, rose seller, and assistant buyer at a department store. Samadi later obtained his MBA degree at the University of Aberdeen in London.

You May Also Like:   Terry Flenory Net Worth: How Rich is the Drug Kingpin Actually in 2022?

Samadi eventually opened an account on eBay and began selling his clothes. He reportedly earned $20 from his first sale. Ebraheem reinvested the first money on growing his business. As he invested more amount, he was able to generate massive profits in a short time. Within two years period, his online business generated a revenue of more than $40,000. He was only 15 at that time. By seeing the growth of his business, he was motivated and became more focused on establishing himself as a successful entrepreneur.

Samadi dedicated his time to working at a few odd jobs until he turned 17. He was able to save $90,000 from working at several places. With this amount, he started his first company named Wheelies. Through the company, he sold kids’ shoes with rollers in the sole that had a massive profit margin. His hard work paid off well when he became a millionaire before he turned 18. Then, he joined his dad and the two opened a mobile phone franchise. In the meantime, he also tried operating a used car show. However, things didn’t work well for him from running a car shop.

During that time he was looking for more business opportunities. Then, he found business potential in Dubai. He ultimately started investments in the hairstyling brand called Amika. The brand surprisingly became quite famous in the UAE. Samadi moved to Dubai in 2010 and established the Al Samadi Group. Thereafter, after merging with his family’s hospitality enterprise he acquired Forever Rose London. The business grew into a $21 million empire in less than a year.

Samadi is also the owner of UAE’s first 2D cafe named Forever Rose Cafe. The cafe is located in two places, one in Dubai and another in Abu Dhabi. Samadi is recently getting into the spotlight for his appearance on Netflix’s reality series, Dubai Bling. He is reportedly the richest cast member of the reality series.

Ebraheem Al Samadi is not married yet. In the Netflix series, the Forever Rose entrepreneur said that he is looking out for someone. Samadi has also been questioned about his sexuality. However, he has not yet addressed anything about the rumors yet. Samadi is very active on Instagram where she shares pictures of his toned physique at the gym. His official Instagram account, @thebloomingman currently has 293K followers.

Ebraheem Al Samadi’s net worth is estimated to be around $50 million as of 2022. As a CEO of a multi-national company, Forever Rose, he earns an estimated annual income of around $250,000. Besides that, he also runs a scent business named Forever Oud which is also known as the world’s longest-lasting perfume. Samadi has an expensive car collection including a Mercedes G63 2022 AFG that costs around $270,000. Likewise, he has invested his $500,000 in a watch collection.

Fahad Siddiqui Net Worth: How Rich is Safa Siddiqui’s Husband?