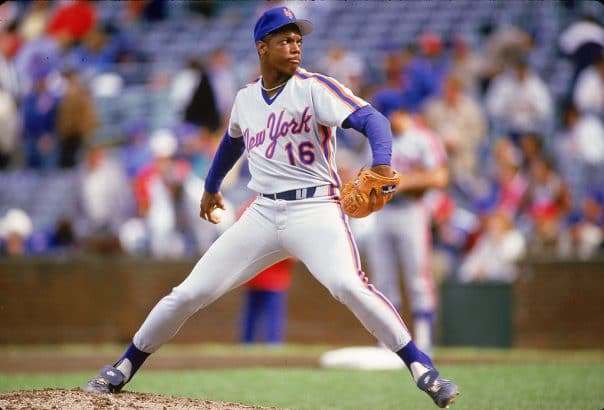 Dwight Gooden is a 57 years old retired American baseball pitcher. He is best known for playing in the Major League Baseball (MLB) for the professional major league baseball teams New York Mets, Cleveland Indians, New York Yankees, Houston Astros, and Tampa Bay Devil Rays. As of 2022, Dwight Gooden net worth is estimated to be around $300 thousand.

Dwight Gooden was born on the 16th of November, 1964 in Tampa, Florida, United States. He was born to his parents, Dan and Ella Mae Gooden. Gooden has not shared enough information regarding his past life and academic background. However, through sources, we came to know that he has studied at the Hillsborough High School.

Gooden was selected in the first round in 1982. He was the 5th player taken overall in the 1982 draft. Dwight played for one season in the minor baseball leagues, where he led the Class-A Carolina League in ERA, strikeouts, and wins.

On July 10, 1984, he became the youngest player who appeared in an All-Star Game. In 1964, he won 17 games which made him the second most winning player for a Mets rookie. Gooden led Major League Baseball with 24 wins in 1985, which was later named the most statistically dominating single season in baseball history.

Gooden was signed as a free agent by the New York Yankees in 1996. However, due to his poor pitching, he was brought back to the minors to work on his mechanics. In the 1996 season, he ended with 11-7 which was his first winning record since 1991. As a hitter, he has a good average but his performance as a defense was below average. He officially retired from his baseball career in 2001.

Gooden started working in the Yankees’ front office after he retired. He was named a vice president of the community relations for the professional baseball team, Newark Bears. Gooden was officially inducted into the Mets Hall of Fame on August 1, 2010.

Dwight Gooden has been married twice. He tied the knot for the first time to Monica Harris in November 1987. Gooden shares four kids with Monica named; Darren, Ariel, Ashley, and Devin. As he started having issues with Harris, he decided to end his marriage with divorce which was finalized in August 2004. Then he married Monique Moore in August 2009.

As of 2022, Dwight Gooden’s personal wealth is estimated to be around $300 thousand. Though he had earned a huge amount of $36 million from his professional baseball career, he lost all his money. Gooden even sold out his Florida dream house for $2 million in 2003 as he had no means left to support his family.

Joaquin Niemann Net Worth: How Rich is the Chilean Golfer?

Ryan Braun Net Worth: How Rich is the MLB Player Actually in 2022?