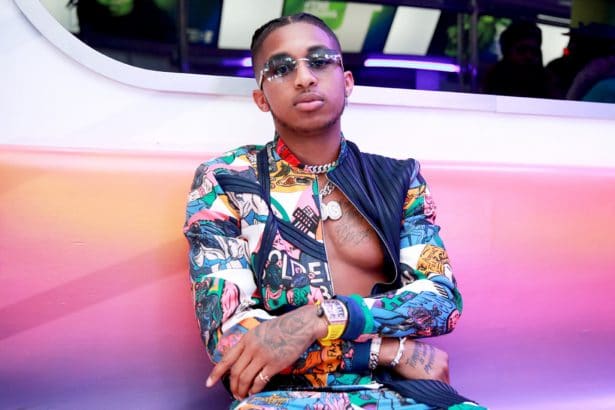 Darryl Dwayne Granberry, Jr. better known as DDG or PontiacMadeDDG is a renowned American rapper and YouTube star. DDG is best known for his singles like “Givenchy”, “Dope” and “G.O.A.T.”. He is also a co-founder of a record label, Zooted Ent. As of 2022, DDG net worth is estimated to be roughly $2 million.

DDG was born Darryl Dwayne Granberry, Jr. on the 10th of October, 1997 in Pontiac, Michigan, United States. He grew up in Michigan along with four siblings. His father used to work in the music studio as a sound engineer. DDG’s elder brother was killed in 2014.

For his study, he got enrolled at International Tech Academy. He later joined Central Michigan University. However, he dropped out of the University, since he had started making good money from YouTube.

DDG was earlier more inclined towards music. In fact, he has made few songs when he was a small kid. One of his early songs includes a diss track on rapper Lil Yachty, titled Big Boat. In 2016, he came up with two singles called “Balenciagas” and “Free Parties”. He also collaborated with rapper, Famous Dex for his song called “Lettuce”.

You May Also Like:   B Simone Net Worth: Height, Age, Wiki, Bio, Career & More

After releasing few singles, he signed a record contract with Epic Records in June 2018. Soon, he came up with a song titled “Arguments” on June 1, 2018. The song was a massive hit. It was even certified Gold by RIAA on April 15, 2020. His second EP titled “Sorry 4 the Hold Up”, hit the floor on March 22, 2019. The official music video of the song featuring singer, Queen Naija was released on June 18, 2019. It received over 18 million YouTube views.

DDG came up with his first studio album titled “Valedictorian” on November 1, 2019. The first song of the album, Push was released on September 20, 2019. His one of the most loved songs, Moonwalking in Calabasas was released on July 24, 2020. The two remix version of the song was released featuring rappers, Blueface and YG.

His recent song, Treat Me Right, featuring OG Parker, was released on April 15, 2021. To date, the music video has received over 853K views on YouTube. Besides music, he is also popular for making parody, prank, challenge, and skit videos on YouTube. DDG’s one of the most-watched parody music videos was on The Weekend’s song “The Hills”.

As of 2022, DDG’s personal wealth is estimated to be around $2 million. The majority of his income comes from his music album sales and YouTube videos. Besides that, he also earns some amount from creating content on Vine.

Gonzoe Net Worth: How Rich was the Rapper Before his death?