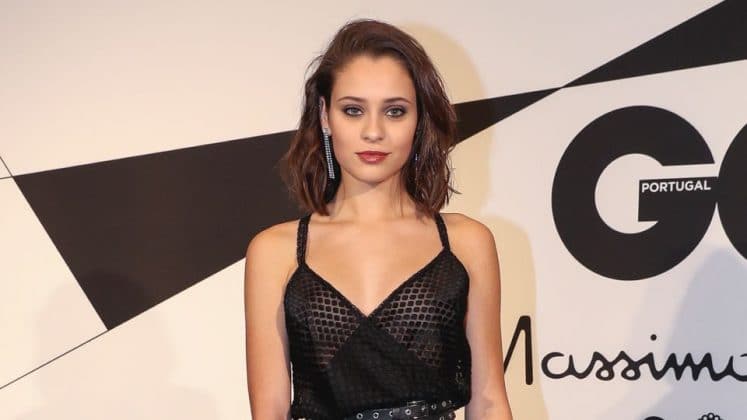 Daniela Melchoir is a 25 years old Portuguese movie and TV actress. She is best known for appearing as Ratcatcher’s daughter, Cleo Cazo in the 2021 released superhero movie “The Suicide Squad”. Daniela Melchoir net worth is under review at the moment.

Daniela Melchoir was born on the 1st of November, 1996 in Almada, Portugal. There is nothing much available on her past life, parents, and academic background. Melchoir had a dream of becoming an actress from the beginning. She even did the professional acting course to pursue a career as an actress.

Melchoir was 17 when she finished her last year of the professional acting course. She has mentioned in her latest interview with Glamour that if she would not have been an actress then she would be a lawyer. Daniela believes that she has a big sense of justice. While she was studying in school, she used to participate in debate competitions, and she just loved that.

Daniela even compared debate to acting and says that’s also a kind of acting. She has been taking drama classes since she was young. Melchoir loves to see people’s reactions on their faces after they watched her perform on stage.

You May Also Like:   Lena Dunham Net Worth: How Rich is the Actress Actually in 2022?

In 2018, she portrayed the character of Ariana Franco in the TV series “A Herdeira”. The same year, she appeared as Isabel Vasconcellos in the series “Valor da Vida”. Besides her TV venture, she has also been impressive in her movie roles. She has appeared in the movies “The Black Book” and “Parque Mayer”.

Daniela’s most appreciable and noticeable movie role came in 2021 when she appeared as Ratcatcher’s daughter, Cleo Cazo aka Ratcatcher 2 in the movie “The Suicide Squad”. Melchoir was finalized for the role after she gave two auditions. She first submitted the self-tape from Portugal. Melchoir was quite sure that she would not be getting any response. But, unlike her intuition, she received an invitation from the producers for the next audition, and soon, she flew to Atlanta along with her manager.

Daniela, after reached in front of the producer, Peter Safran, and writer/director, James Gunn, looked at each other, and said No. She’s a no. Even though she received a negative reaction at the first meeting, she decided to give her best shot for the audition. And when she gave her audition, James looked at Peter and said to him “Tell me, I’m not desperate that she’s the one, right?”. Peter also said, “Yeah, she’s the one.”

Daniela Melchoir currently stands at a height of 5 feet 8 inches or 173 cm tall and weighs around 55 kg or 121 pounds. Her body measurements are 33-24-35 inches. Likewise, she has brown hair and a pair of dark brown eyes. Her shoe size and dress size are 7 (US) and 6 (US) respectively.

Daniela Melchoir is believed to be single right now. She has not been in the news for being in a relationship with anyone yet. Daniela has likewise not given any hint on her love affairs through Instagram. She is getting her fan base bigger on social media accounts. Daniela is currently followed by 494K people on her Instagram account.

Daniela Melchoir’s net worth is currently under review. She has not appeared in many of the big movies yet. Daniela’s net worth would surely be huge and would be on the front page of the websites if she gets more successful acting projects in the future.

Suzanne Somers Net Worth: How Rich is the Actress Actually in 2022?

Nichelle Nichols Net Worth: How Rich is the Actress Actually?