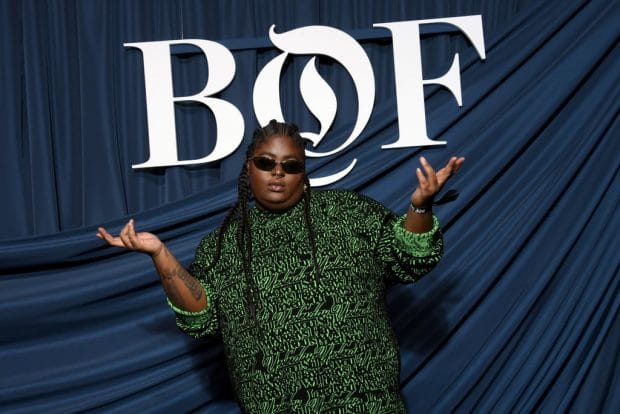 Jane Chika Oranika, simply famous as Chika is an American hip-hop artist. She claimed to prominence after releasing a takedown cover of Kanya West’s song Jesus Walks addressing his support for Donald Trump. Later, Chika became popular after releasing the songs “Coulda Told Me” and No Squares”. As of 2022, Chika net worth is estimated to be around $1,1 million.

Chika was born on March 9, 1997, in Montgomery, Alabama, United States. She was born to Nigerian parents, Dr. Emmanuel and Dr. Patience Otuonye. Her parents immigrated to the United States to study higher education. Chika’s dad is currently working in the Alabama Department of Transportation and her mom is working as a teacher mentoring specialist. She previously served as Adjunct Professor at the Auburn University.

Chika was grown up in typical African family lifestyles, listening to loud songs in the house. She has two elder sisters named Michelle and Judy. Michelle suffered from a down-syndrome and earlier doctors have lost hope in her treatment as she was said to not be able to work as a normal child. However, later as time passed she seems to have recovered. Currently, she is a mother of a child. While her other sister Judy is a medical student who studies at Howard University College of Medicine.

You May Also Like:   Kash Doll Net Worth: How Rich is the Rapper Actually in 2022?

Chika Net Worth and Career in Music

She was passionate about music and slam poetry since the early days, which makes her join Booker T. Washington Magnet High School. Chika was accepted into the school, but due to high tuition fees later she joined the University of South Alabama. However, she studied at University for just a year to find a way to enter the music world.

Chika came into notice for the first time after she made some fun and sarcasm videos on Instagram which includes a cover related to African-American people, that she made after the 2016 US presidential election. Likewise, she also made a video on Ego Challenge video on Beyonce song and a pride-themed remix version of Shape of You.

However, it was in 2018 Chika went viral all over when she sang a freestyle rap focusing on Kanye West’s song Jesus Walks. She actually made a freestyle after West was found supporting Donald Trump. After the freestyle went viral, she released another freestyle dedicating to the murder incident of Nia Wilson.

In April 2019, she released her debut song titled “No Squares”. The song received a good response in the market. Later, she was signed by Warner Records. With the recording label, she released two songs titled “Can’t Explain It” and “High Rises”. In March 2020, she released an EP titled “Industry Games”.

Besides getting famous as a rapper, she also got noticed for her appearance in Netflix Original movie “Project Power”. She played the role of a high school student in the movie, which released in 2020. In addition to that, she also got featured as a fashion model on Teen Vogue. In 2019, she was chosen on the list of top 500 people by Business of Fashion, who shaped the fashion industry that year.

At the current age of 24, Chika stands to be around 5 feet 6 inches or 168 cm tall and weighs around 90 kg or 198 pounds. Her body measurements are not available at the moment. Likewise, her hair color and eye color are both black.

Chika is presently believed to be single. However, two years back on February 14, 2018, she posted an interesting tweet on her Twitter stating that she has found her girlfriend named Kailyn. She might be dating her potential lady love whom she mentions on Twitter, but, for now, her true relationship status is still a mystery.

Starting 2022, Chika has amassed a total net worth amount equal to $1,1 million. She has earned a hefty amount from her song release, attending live shows, featuring in fashion cover, and merchandising sales.