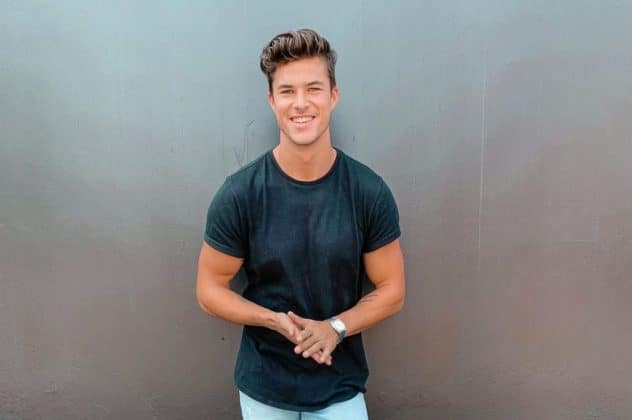 Chase Mattson is an American model and aspiring actor. Chase has worked as a model for many modeling agencies like Models Direct Management, LA Models Runway, Mega Miami Independent men Milan and Next Models LA/London. As of 2022, Chase Mattson’s net worth is reported to be around $1 million.

Handsome model, Chase Mattson was born June 3, 1994, in Ontario, California, United States. He was born as the son of Edward and Laurie. Both his parents have separated now. His father Edward got married to a lady named Teresa, while his mother Laurie has also settled with her second husband. He grew along with his five siblings; Peyton, Kyle, Eddie, Brandon, and Cameron.

Chase takes his mother’s name who made him mature at a young age. He is thankful to his mom for making him independent. Because of his mom, he is now capable enough to take over daily work on his own. He doesn’t need others’ help to cook, clean, wash clothes and pay taxes. Chase is also motivated by one of his sisters named Peyton. He admires Peyton’s strong character and determination who knows what to do in life.

You May Also Like:   Alyssa Scott Wiki (Wild N Out): Age, Career, Net Worth & Boyfriend

Mattson moved to Orange County at 16 years of age along with his family. He studied at Colony High School from 2008 to 2010. During the time, he used to work at a Hollister Store. While working there, Chase’s good looks and charming personality once get noticed by modeling agent  Mark Mendez. The agent became his manager later and helped him searching a modeling job.

No wonder, Chase has a magnetic personality. After some time, he started getting offers from various modeling agencies. He has served as a model for many famous agencies, though his main agency being Next Model Management.

Besides modeling, he has also shown interest in acting. In fact, he signed his first deal as an actor with Luber Rockling Acting. However, he is yet to get his first big break as an actor.

Chase Mattson is a tall guy. He stands at a height of 6 feet 2 inches or 188 cm tall and weighs approximately 72 kg or 158 pounds. His waist size, inseam size, and suit size are 31 inches, 32 inches, and 40 inches respectively. Likewise, he wears a shoe size of 10 (US) and has a pair of green eyes along with brown hair color.

Chase Mattson is currently dating a TikTok star, Kelianne Stankus. He is dating her since May 2020. Chase and Kelianne made their bond stronger with engagement on 12th December 2020.

He shared the good news with his fans, posting a photo on Instagram where he mentioned that the love of his life said yes to marry him. His fiance Kelianne is a good dancer. She is also a part of a dance group that performs at big stages. Kelianne has performed on The Ellen DeGeneres Show along with her group for Justin Bieber’s song Sorry.

Prior to being in relation to Kelianne, Chase was married to a lady named Devyn Jackson. Chase shares two daughters with his ex-wife. His first daughter, Hazel was born in 2014, and his second daughter, Nora was born in 2017.

Chase Mattson has been working as a model for a long time now. He has certainly become one of the on-demand models of recent times. Along with his name, he has also earned a good amount. Starting 2022, Chase Mattson’s approximate net worth value is believed to be around $1 million.