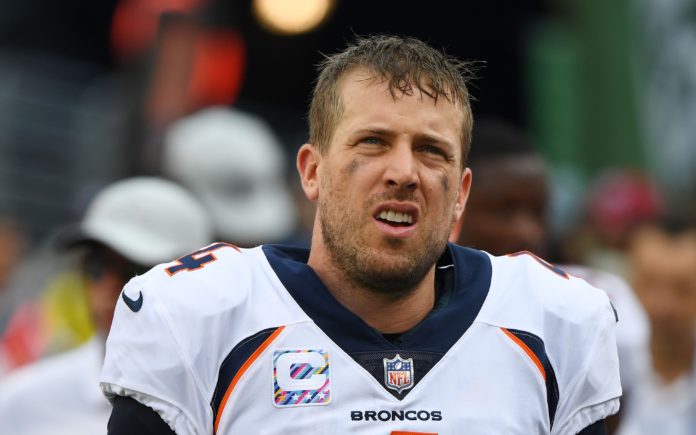 Casey Austin Keenum, who is better known as Case Keenum is an American football player who plays for the Cleveland Browns of the NFL. Over his career, Case has managed to play for six different NFL teams so far. As of 2022, Case Keenum net worth is estimated to be around $20 million.

Keenum studied at Wylie High School where he started to actively play football. He was part of several other sports as well including basketball and track. After graduating, Case decided to go to the University of Houston since they were offering him a scholarship and he thus started to play for the Houston Cougars.

Case Keenum Net Worth and Career

In his freshman season for the Houston Cougars, Case was already able to cement a regular starting position considering the performances that he was making and the natural running ability he had which was well suited for the way they were playing.

Over the years, he was able to win several accolades including the 2011 Conference USA Preseason Offensive Player of the Year which was his third in a row. After completing his undergraduate, Case also continued his studies hand in hand as he became part of the University of Houston College of Liberal Arts and Social Sciences.

He then became part of the Houston Texans with whom he started his professional career. However, he wasn’t able to get enough playing time since he was still a rookie at this stage. Over the years, his career would take him to different NFL teams including the Minnesota Vikings with whom he signed a one-year deal in 2017.

In his early days there, Case got plenty of game time because of an injury to otherwise regular Sam Bradford. In 2018 overall, Case was able to perform very well and finally show the potential that he had. Case even managed to make it to the NFL Top 100 Players of 2018 where he was ranked as 51st.

This led to him signing a huge $36 million deal with the Denver Broncos for a two-year contract. The expectations that fans had increased a lot because of the price tag that he was getting. He did show some great performances throughout his debut season with them.

The next season he would be traded and again made another move. In 2020, he would then sign a contract with the Cleveland Browns for three years with the value of the contract being estimated to be worth $18 million.

When Case has played, he has shown his explosive performances but he has also been riddled with several injuries including a shoulder injury which has barred him from playing regularly for them.

Case Keenum is married to Kimberly Keenum and together, they also have a child. Case is also the author of the book called Playing for More which was launched in 2018 alongside the collaboration of Andrew Perloff.

He has made it public that he is a Christian and has even said that the best moment of his life came when he gave his life to Jesus Christ. Other than his involvement in football, Case is also a co-owner of the Haak Winery which is located in Texas.

As of 2022, Case Keenum has an estimated net worth of $20 million. Case has been able to accumulate such a high net worth because of the multi-million dollar deals that he has signed with different NFL teams over the years.