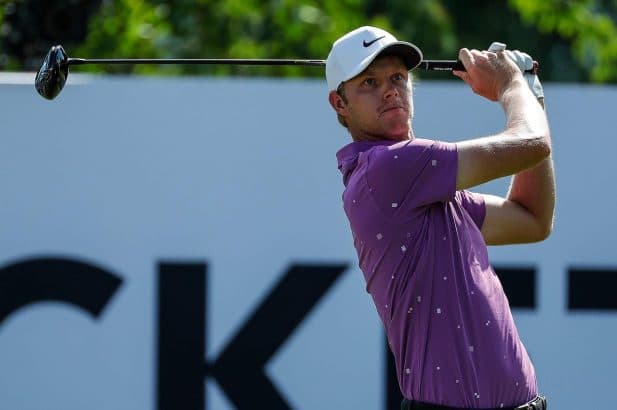 Cameron Davis is an Australian professional golfer. Davis is a previous winner of the Australia Amateur and got his first-ever PGA tour victory during the Rockey Mortgage Classic. As of 2022, Cameron Davis net worth is estimated to be around $4 million.

Davis was born on February 21, 1995, in Sydney, Australia. He grew up playing several sports in addition to gold such as tennis and cricket. But, it was golf where Davis could connect the most with and focused more on it over time. He found inspiration in watching Tiger Woods play with him getting to watch Woods play during the 2009 Australia Masters.

During his amateur career, Davis worked on improving specific parts of his game such as chipping and putting that would be crucial for his career as he would win the Australian Amateur in 2015.

Cameron Davis Net Worth and Career

Davis participated in the Asia-Pacific Amateur Championship where he would finish in the runners-up position. Even at such a young age, Davis was already showing the vast potential he carried. He managed to make it to the Australian team in 2016 and with his joint effort, they were able to win the Eisenhower Trophy that year in Mexico. Even individually, Davis stood as the winner in the tournament.

You May Also Like:   Taylor Gabriel Net Worth: How Rich is the NFL Player Actually?

This was the same year that Davis would start his professional career with a tournament called OHL Classic which was held in Mayakoba. Davis had an average performance in this tournament having finished with a tie in 15th place. Yet the performance would lead to his qualification for the PGA Tour in 2017 which was held in Canada. Among the first of his events was the Freedom 55 Financial Open where he managed to finish in 14th place.

Davis was gaining great experience at the highest level but was not being able to perform very well as per his expectations. But, his perseverance and character would help him to improve, and soon he had won the Emirates Australia Open. This led to an opening for him to participate in the 2018 Open Championships as well.

But, 2021 has arguably been his best year since Davis managed to win his first PGA Tour championship this year during the Rocket Mortgage Classic where he ended up with earnings that totaled more than a million dollars.

Cameron Davis is married to Jonika Zapiorkowska who works as an API User Assistance Developer. The couple has been together for some time now and lives with their dog named Hobbes.

As of 2022, Cameron Davis has an estimated net worth of $4 million. Davis has managed to get career earnings that total around $4 million so far with 2021 being a great year where he has earned around $2.5 million. If Davis can continue to deliver performances and victories the way he recently did during the Rocket Mortgage Classic, we might soon see Davis be among the highest-earning in golf very soon.

Ryan Garcia Net Worth: How Rich is the Boxer Actually?