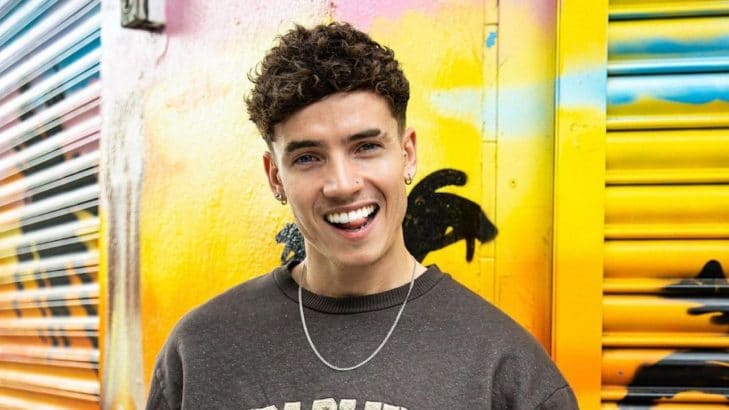 Cam Holmes is a personal trainer and model. He is one of the contestants of the reality show by Netflix called Too Hot to Handle in its second season. As of 2022, Cam Holmes net worth is estimated to be around $70,000.

Cam Holmes was born on October 20, 1996, in Newport, South Wales. Other than that, not much is known about his early life including education, parents, and his siblings.

Cam works professionally as a personal trainer which is very much noticeable from the great physique that he possesses. Furthermore, because of his good looks that include a very strong jawline, Cam has also been working as a model and is associated with the modeling agency called FOMO Models.

As with other contestants that were entering the show Too Hot to Handle, Cam had no idea what he was getting himself into. Later he would find out that the show would limit any sort of intimate contact such as kissing, touching, and any other form of pleasure. Immediately, Cam said sorry to what he refers to as the “big guy” for what he was getting into.

Along with Cam, there are other single men and women who are seen together in a villa. In the first 4 episodes of the show, Cam already became among the main points of interest particularly for the rule breaks that he was involved in. He had a very hard time controlling his sexual drive and as a result, would make a pact with two of the men for a solo activity in the shower. However, other team members would be livid with Cam because this cost them $2000 of the original $100,000 cash prize.

But that would be nothing in comparison with the relationship he would develop with Emily Miller, another contestant with whom Cam developed an instant connection. Emily is also a professional model and is also associated with FOMO Models. They would become sexually intimate which ended up costing around $17,000 of the cash prize. Because of the show, Cam’s popularity is already growing with him crossing more than 100k followers on Instagram recently.

Cam Holmes stands at a height of 6 feet 1 inches or 185 cm tall and weighs around 72 kg or 158 pounds. His body stats like chest size, waist size, and arms size are not available at the moment. Likewise, his hair color and eye color is both light brown.

From the show, it is clear that Cam and Emily developed a physical connection but it is hard to translate that into saying that they are in a relationship since there has been no word as such from either. Yet Cam did mention that he had been single for the last four years and was more of a serial dater having commitment issues.

Emily helped to change him a lot with many of his friends saying he was a changed man after coming back from the show. Cam has been described in the show as a sexy nerd because of his love for geeky things including Lord of the Rings. He also has a very charming and hilarious personality.

As of 2022, Holmes has an estimated net worth of $70,000. He earned a vast chunk of that money from his modeling career.