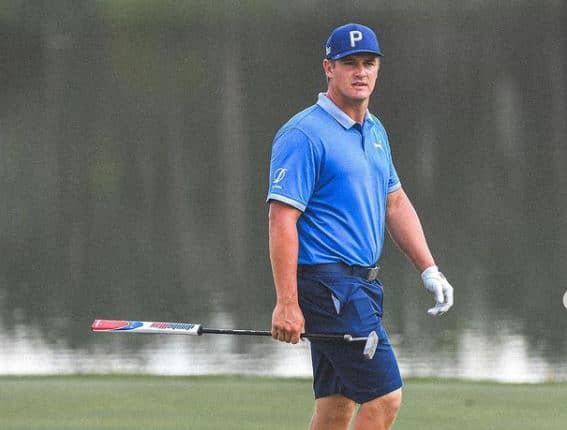 Bryson DeChambeau is an American professional golfer. He is an eight-time winner of the PGA Tour who is also known by his nickname as “The Scientist” because of his scientific approach to golf. As of 2022, Bryson DeChambeau net worth is estimated to be around $20 million.

Bryson was born on September 16, 1993, in Modesto, California. He studied at Clovis East High School during which he was already an active golf player.

When he was only 16 years of age, Bryson became the winner of the California State Junior Championship. He then got accepted with a scholarship at Southern Methodist University where he majored in physics. He went on to win both the NCAA championship as well as the U.S. Amateur title becoming only the fifth player ever to do so.

After getting early success as an amateur, Bryson would make his debut on the PGA Tour in 2015. That same year he also played at the Australian Masters where he managed to secure a runner-up position. By 2016, Bryson had already signed a deal with Cobra-Puma Golf who noticed his potential early on. Among his first big earnings would come at the RBC Heritage where he was tied at 4th place and ended up taking home $259,000.

In 2017, Bryson would secure his first-ever PGA Tour victory with a win at the John Deere Classic. That same year, he also got a chance to meet the then President of the United States, Donald Trump, and play golf together with him.

He went on to win at The Northern Trust and later on participated in the FedEx Cup where he managed to finish at 3rd place and take home a prize of $2 million. In 2018, he would also be part of the U.S. team in the Ryder Cup where they would defeat the European team.

He carried on the strong momentum of 2018 winning the Shriners Hospitals for Children Open as well. After this victory, he would be in the 5th position in the Official World Golf Ranking which was a great achievement.

Bryson has made his name in being “The Scientist” because of his scientific approach to golf. His background in physics seems to have shaped the way he performs in golf with him having his irons and wedges cut to the same length.

Bryson DeChambeau has been in a relationship with Sophie Phalen Bertolami since 2018. Sophie studied Kinesiology and Nutrition. She has attended Belmont University and is going to be part of the residency program at the Vanderbilt University Medical Centre. Sophie is often seen supporting her partner by being present in his games.

As of 2022, Bryson DeChambeau’s personal wealth is estimated to be around $20 million. He has already made close to $23 million throughout his career having already made more than $5 million in 2021 alone. Bryson also has many sponsors which include Bridgestone Golf, Rolex, Bose, and Draft Kings.

You May Also Like:   Chris Godwin Net Worth: How Rich is Buccaneers' Wide Receiver?

Diana Taurasi Net Worth: How Rich is the Basketball player Actually?