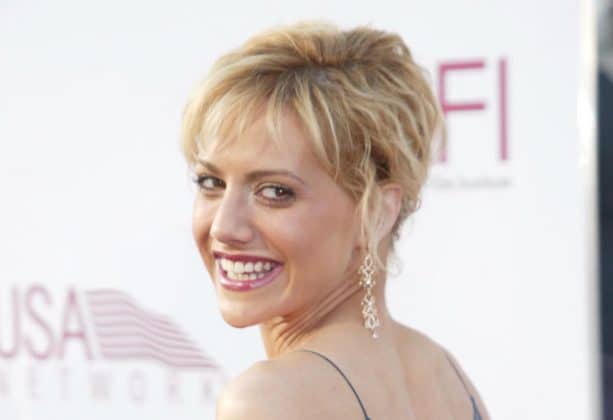 Brittany Murphy was an American actress and singer. She is best known for her exceptional performance in the movies “Clueless”, and “8 Mile”. Brittany’s last movie titled “Something Wicked” was released in April 2014. Murphy died at the age of 32 on December 20, 2009. She reportedly passed away due to the lethal combination of pneumonia and prescription drugs. Brittany Murphy net worth at the time of her death is estimated to be around $10 million.

Brittany Murphy was born on the 10th of November, 1977 in Atlanta, United States. She was born to her parents, Angelo Joseph and Sharon Kathleen Murphy. Her parents separated with divorce when she was just two years old. She was then brought by her mom, Sharon in Edison, New Jersey.

Brittany has studied at Edison High School. In 1982, she attended the Verne Fowler School of Dance and Theatre Arts. Murphy was interested in singing, dancing, and acting from the beginning days of her life. In fact, she was trained in dancing, singing, and acting when she was four years old. She continued to get trained in acting, singing, and dancing until she was 13 when she moved to California.

Murphy made her TV debut in 1991 where she appeared in an episode of CBS’s TV series “Murphy Brown”. That same year, she got the big break in the TV series “Drexell’s Class”, where she starred as Brenda Drexell. She was just thirteen at that time. Then she appeared as Molly Morgan on NBC’s TV series “The Torkelsons”.

Brittany got her breakthrough role in 1995 released a comedy movie titled “Clueless”. After receiving much-needed fame, she appeared in other movies such as “Freeway”, and “Bongwater”. In 2001, she portrayed the lead role of Elisabeth Burrows in the 2001 crime thriller movie “Don’t Say a Word”. In 2002, she received critical acclaim for her outstanding performance as Alex Latourno in the musical drama movie “8 Mile”.

Murphy has also been outstanding in her small screen appearances. She has shown her brilliant performances in many TV series such as “Sister, Sister”, “The Marshal”, “Murder One”, Nash Bridges”, “Clueless”, “King of the Hill”, and “Pepper Ann”. Murphy has last appeared in 2014 released psychological horror movie “Something Wicked”.

Brittany Murphy was married to British screenwriter Simon Monjack. She tied the knot with hubby Simon in May 2007 in a private Jewish ceremony. Prior to tying the knot with Simon, she was engaged to a production assistant, Joe Macaluso. She also dated her Just Married co-star, Ashton Kutcher in late 2002.

Brittany passed away on December 20, 2009, in her Los Angeles-based home. She died in her bathroom after going into cardiac arrest. The reports claimed that the major reason for her death was pneumonia. Just five months after her death, Brittany’s husband Simon Monjack died in the same Los Angeles home in the same pattern.

One of the persons in the trailer of the series revealed that Mojack kept Murphy away from her close friends and loved ones. Likewise, he also revealed that Monjack was an alleged con man. The documentary series will feature many persons related to Murphy, where they will be interviewed about unknown facts.

Brittany Murphy had earned a total net worth of $10 million before she died on December 20, 2009. She purchased her Los Angeles Angeles-based home in June 2003 for $3.85 million. Murphy reportedly bought the home from Britney Spears.

Issa Rae Net Worth: How Rich is the ‘Insecure’ Actress Actually?

Amanda Bynes Net Worth: How Rich is the Actress Actually in 2022?