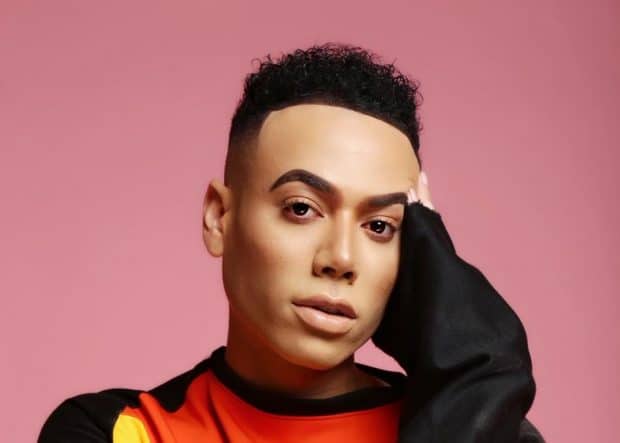 Bobby Lytes is an American rapper and singer-songwriter. He is best known for appearing as the main cast member on the Love & Hip Hop: Miami in 2017. Lytes released his first song “Make Some Money” in September 2014. As of 2022, Bobby Lytes’ net worth is estimated to be roughly $1 million.

Bobby Lytes was born on the 24th of October, 1990 in Miami, Florida, United States. He was born Bobby Nico Wade in an Afro-American family. Bobby was a small kid when his father was arrested in a drug case. Then, he was raised by his mother all alone. He also has a sister, and the famous rapper, Trina is his cousin.

Regarding his education detail, he has studied at South Dade Senior High School from where he held his high school graduation degree.

Bobby is currently a part of the much-loved reality TV franchise, Love & Hip Hop: Miami. The fourth season started premiering on VH1 on August 23, 2021. His cousin, Trina is also one of the main cast members of the series. On August 13, 2021, the official YouTube channel of VH1 Love & Hip Hop uploaded a video titled “The Evolution of Bobby Lytes”.

You May Also Like:   Trae Tha Truth Net Worth: How Rich is the Rapper Actually in 2022?

Bobby became popular after he appeared as the first gay member to participate in the popular reality TV show. Lytes is receiving both hate and love from his fans in the show.

Lytes has also standout as a singer. He has released several songs which have been received well by music lovers. His much-loved songs include ‘Bang Bang”, “My Nigga”, and “Oh God”. He is also a skilled songwriter, which he confirmed while giving an interview to The Breakfast Club on Revolt TV.

Bobby got a chance to work as a model for the New Fashion Week in 2019. Through walking in the fashion week, he slammed the haters, who were making fun of his sexuality. Lytes has received homophobic comments for being an outspoken LGBTQ community member.

He also went on to have a heated argument on social media after he quoted “If I was straight I would have been platinum; Let’s argue.”. Lytes received varied opinions after he shared his thought on social media.

Bobby Lytes was dating a fellow Love and Hip Hop cast member, Jeffrey White. Although he was making a plan to take his relationship to next level with Jeffrey, they split up after Jeffrey’s ex-boyfriend, Malik took the center stage in their breakup.

Bobby was arrested at the Fort Lauderdale nightclub some time back. He was arrested on a charge of disobeying a police officer, and for public indecency. Lytes had also been in a feud with the rapper, Khia for a long time. Khia has even accused Lytes of having HIV, though, it was said as a joke, but it went way too far that became troublesome for him.

As of 2022, Bobby Lytes’ personal wealth is estimated to be around $1 million. Bobby must have earned the satisfying amount from his singing career. As per sources, the average salary of Love & Hip Hop cast members is around $17,000 per episode. Bobby might be getting somewhere near the amount, however, his real salary figure from the reality series has not got revealed yet.

Lil Boosie Net Worth: How Rich is the Rapper Actually in 2022?

Da Brat Net Worth: How Rich is the Rapper Actually in 2022?