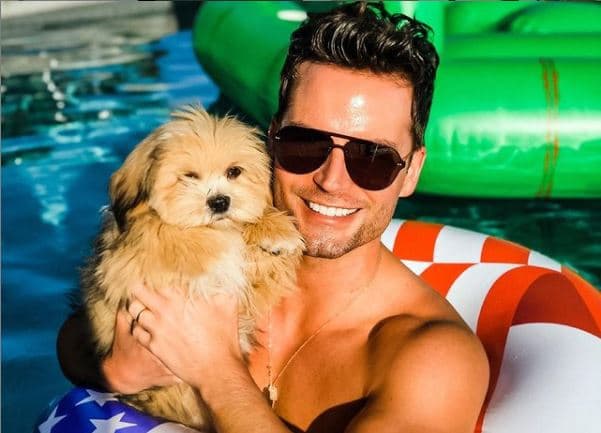 Bobby Boyd is a real estate agent and former model based in Los Angeles. Bobby has appeared in the reality television show called Million Dollar Listing: Los Angeles alongside his husband Josh Flagg who is regarded to be among the top real estate agents in LA. As of 2022, Bobby Boyd net worth is estimated to be around $3 million.

Bobby has mentioned in an interview that he grew up in a small beach in the Pacifica of California. He grew up in a simple middle-class family and has mentioned that there were some dark elements to his childhood which included both drugs and violence though Bobby did not elaborate more on this.

He mentions that he used to have well-off friends because of which he always wanted to one day be able to be in such a position of living in a great home himself. Because of this, he also had the dream of going to college but it was very expensive.

Bobby Boyd Net Worth and Career

This is why he started to think of ways in which he could save up for college for his higher studies. Here, he got the idea of doing modeling gigs and started to become involved in different casting calls.

To his surprise, he was able to get a gig right after doing some castings. However, his first try at it was not very successful because of which he kept on trying more and more. As he started to develop his network in the industry, he was able to get more gigs and it led to him being able to model for top brands such as Macy’s and Nordstorm over time.

Through his 20’s, Bobby continued to be active in modeling which also provided the opportunity for him to travel extensively. However, as his career in modeling started to saturate, he decided to get into real estate and become an agent since he had very good people skills.

Because of his experience of living in different places in LA over his 15 years there, he was instantly able to get a $6.5 million sale in his first transaction. Since then, he has been successful in closing multiple deals and establishing himself in the market.

On his success in the industry, Bobby has mentioned that his ability to build relationships with clients and to look after their specific needs has led to his success. In his mind, his first priority is in making sure that the customer is satisfied which is why he has been able to reach among the top real estate brokers of LA which he continues to aspire to improve.

Bobby Boyd had been in a relationship with Josh Flagg for some time since they both had similar interests. Yet it would be in Paris that Josh would propose to Bobby during a popup flash mob.

You May Also Like:   Leah Remini Net Worth, Age, Bio, and Ethnicity

The two decided to get married on September 10, 2017, in Beverly Hills alongside their family and close friends. Flagg is known for being a key cast member of the show called Million Dollar Listing Los Angeles and has been able to recognize himself as among the top real estate agents in Los Angeles.

As of 2022, Bobby Boyd has an estimated net worth of $3 million. Having started from humble beginnings in his life, Bobby has been able to garner an impressive net worth through his hard work via his modeling and real estate dealings.

Terry Flenory Net Worth: How Rich is the Drug Kingpin Actually in 2022?