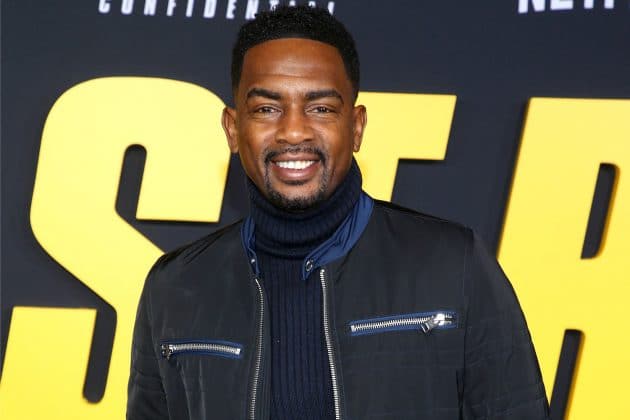 Bill Bellamy is a 57 years old American actor and stand-up comedian. He is best known for appearing on HBO’s TV series “Def Comedy Jam”, and coining the phrase “booty call.”. Bellamy is also known for starring in the movies “Any Given Sunday”, and “The Brothers”. As of 2022, Bill Bellamy net worth is estimated to be around $9 million.

Bill Bellamy was born on the 7th of April, 1965 in Newark, New Jersey, United States. He has not shared much information about his parents, early life, and academic background. Bill must have had a keen interest in acting since he was a kid.

In the starting days of his career, he has appeared mostly in MTV shows. He has worked on MTV as a host and VJ for the shows like “MTV Beach House”, and “MTV Jamz”. After a hosting experience, he tried his luck as an actor by appearing in various movies.

Bill has started off his career as an actor in the 1993 movie “Joey Breaker”. He appeared as an ace man in the movie. The same year, he starred in the thriller comedy movie “Who’s the Man?”. In 1997, he showed his amazing performance in the sex comedy movie “How to Be a Player”. His performance in the movie helped him to gain some popularity. Then, in 1999, he appeared in the sports drama movie “Any Given Sunday”.

You May Also Like:   Gavin MacLeod Net Worth: How Rich Was the Actor Actually?

In addition to his some noteworthy movie roles, he has also shown his incredible performance in various TV series like “Cousin Skeeter”, “Men, Women & Dogs”, “Fastlane”, “October Road”, “Mr. Box Office”, “Hot in Cleveland”, and “Insecure”. Bellamy has last appeared in the action drama TV series “S. W. A. T.”.

Bellamy is also known for his hilarious stand-up comedy act. He is the host of the stand-up comedy show called “Bill Bellamy’s Who’s Got Jokes?”. The comedy show airs on TV One, and it is currently in its 4th season. He also stands as an executive producer of the popular show. Bellamy has also appeared in the Netflix movie titled “Self Made” in 2020.

Bill and Kristen have recently appeared together on the game show “Celebrity Family Feud”. The pair competed against Vivica A. Fox and her family. At the end of the game show, Bill and his family won $25,000 for his charity, St. Judes Children’s Research Hospital.

As of 2022, Bill Bellamy’s personal wealth is estimated to be around $9 million. He has bagged a huge amount from appearing in numerous movies and TV series. Besides his acting career, he has also provided his voice for Nickelodeon’s TV show “Cousin Skeeter”.

Michael Nader Net Worth: How Rich was the Actor Actually?