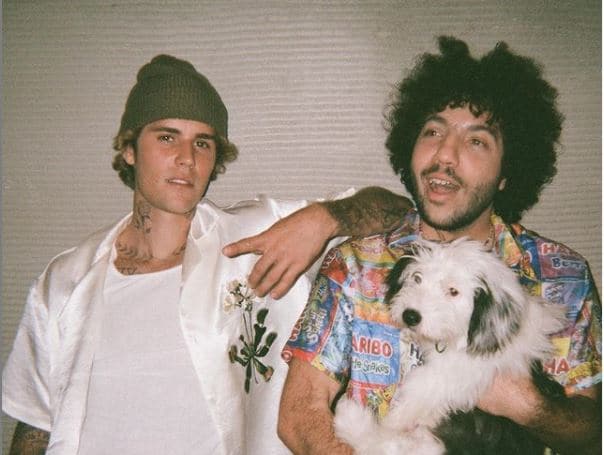 Benjamin Joseph Levin, who is better known as Benny Blanco, is an American songwriter and record producer. Blanco’s work has helped in the sale of more than 500 million albums to date having worked with many superstars over the years. He is even the recipient of the 2017 iHeartRadio Producer of the Year. As of 2022, Benny Blanco net worth is estimated to be around $20 million.

Blanco developed an interest in recording songs from a very young age. He used to hear cassette tapes which would inspire him to experiment in making different beats right in his bedroom. Even at a young age, he was already attracting the attention of executives from top record labels such as Columbia Records. He would also do an apprenticeship with a producer named Disco D which fastened his learning curve even more.

Benny Blanco Net Worth and Career

Blanco was signed with the company called Kasz Money Productions where he was mentored by the songwriter named Dr. Luke. This was an important point in his career, as working together with Dr. Luke, he was able to co-write many hit songs such as Teenage Dream, TiK ToK, and Dynamite.

You May Also Like:   Reykon Net Worth: How Rich is the Colombian Singer Actually?

He was also part of the writing of the song Circus which was performed by Britney Spears that went on to reach the top spot in American pop radio with more than 5.5 million digital copies being sold.

But Blanco has been able to prove that his early hits were no fluke since he has been consistently being involved in some of the most popular songs in the world. He has helped Maroon 5 in many of their hits such as Moves Like Jagger, Stereo Hearts, and Payphone of their album called Overexposed. For his work, Blanco has even won the Hal David Starlight Award during the 44th Annual Songwriters Hall of Fame ceremony.

The numbers prove it as well with him being involved in a total of 29 songs that have reached number one so far with some other stars he has been involved with being The Weeknd, Camila Cabello, and Ariana Grande. In 2018, he also released his debut single called Eastside where he collaborated with Halsey and Khalid.

Blanco is rumored to be in a relationship with Elsie Hewitt. She is a British model and actress who is also very passionate about photography. They have been seen together since 2019 and constantly appear in each other’s social media posts as well. They even appeared together during the premiere for season 2 of Dave.

As of 2022, Benny Blanco’s personal wealth is estimated to be roughly $20 million. Having been a part of songs that have been humming in the minds of millions of people, Blanco has done very well for himself and the two labels he has under Interscope Records called Mad Love Records and Friends Keep Secrets are enabling him to create the next generation of great talents.