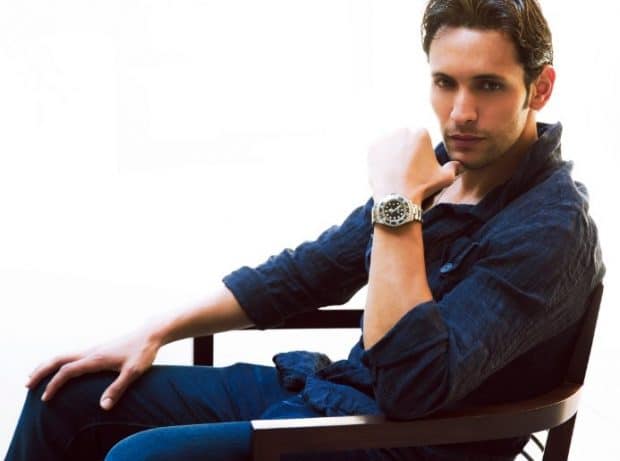 Abdulwahab Benyoucef, better known as Ben Youcef is an American actor. He has appeared as a guest lead on the TV series “Law & Order”, “NCIS: LA”, “CSINY”, and “Chicago P. D.”. Ben is better known as the new boyfriend of the famous American chef, Sandra Lee. As of 2022, Ben Youcef net worth is estimated to be around $900 thousand.

Ben Youcef was born Abdulwahab Benyoucef on the 19th of February, 1979 in Algiers, Algeria. He has not provided enough information on his parents, early life, and educational background. What we come to know is that he is the son of a diplomat, and he has studied in London. Ben seems to have an interest in acting from the beginning.

Ben has performed in various theatre productions. He was eventually discovered by the American film director, Steven Spielberg in Munich. After having a brief work experience as a theatre actor, he appeared as a top model in New York City. He has worked as a model for leading designers and advertisers.

Ben then shifted his place to Los Angeles, which led him to appear as a guest lead on several TV series. Some of his noticeable TV appearances came in “Law & Order”, “NCIS: LA”, CSINY”, and “Chicago P. D.”. In 2017, he appeared in the sports drama movie titled “From The Rough”, where he starred opposite actor, Taraji Henson.

You May Also Like:   Martin Kove Net Worth: How Rich is the Actor Actually in 2022?

Youcef has also starred in the 2014 movie titled “The Algerian”. He has written the story of the movie, and for his exceptional performance, he received the best actor award at the “Downtown LA & London International Film Festivals”. In addition to his appearance in movies and TV series, he has provided a voice in the Arabic versions of “X-men: Apocalypse”, “Medal of Honor” and “Call To Duty”.

Youcef has likewise worked as a voice-over expert and go-to consultant for the five Arabic dialects in some of the major movie and TV productions. He is an active member of a non-profit Inter-Faith group of Jews/Muslims/Christians in Los Angeles. One of his online videos made while Call to Prayer became viral all over the world, and the video received more than 20 million views on YouTube.

As soon as the video went viral, he was approached by the Oscar award-winning composer, Philip Glass to join him at “The Hollywood Bowl”, which was set to be performed in front of 18,000 people in Powaqqatsi. He has also collaborated with the American actor, James Franco on his several independent movies.

Ben Youcef is currently dating a renowned American chef, Sandra Lee. Sandra and Ben were recently captured together in Paris, where they were enjoying their vacation. The pair was also spotted locking lips in Saint-Tropez. Most recently, they stepped out for dinner at L’Avenue in Paris, and as soon the pictures got out, the rumor is coming out that they have got engaged.

You May Also Like:   Katt Williams Net Worth, Age, Bio, Kids, and Tickets

Ben and Sandra were seen dancing on the Parisian streets. While dancing, a ring was flashing out from Sandra’s middle finger, which has created a strong rumor that the couple has got engaged, and they are enjoying their vacation in Paris to celebrate their engagement.

Sandra was in a relationship with the Governor of New York, Andrew Cuomo. Sandra and Cuomo announced the end of their relationship on September 25, 2019. Likewise, Ben was previously married to Apryl Stephenson, with whom, he shares five kids. Ben filed a divorce with his ex-wife, Apryl in January 2020.

As of 2022, Ben Youcef’s personal wealth is estimated to be around $900 thousand. He must have earned a satisfying amount from his acting career. On the other hand, his girlfriend Sandra Lee holds a huge net worth of $20 million.

Tommy Kirk Net Worth: How Rich was the Actor Actually in 2022?

Will Kopelman Net Worth: How Rich is Drew Barrymore Ex-Husband?