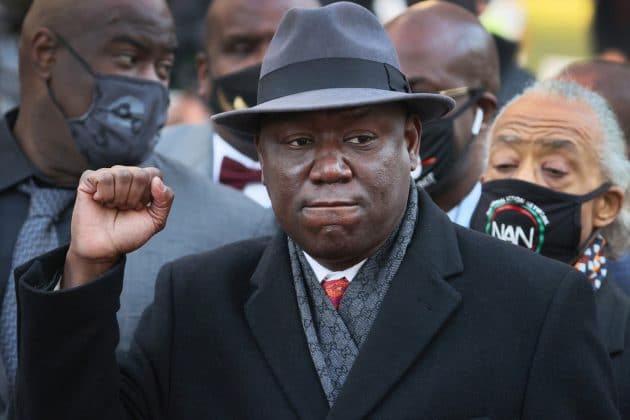 Ben Crump stepped into this world on October 10, 1969, in Lumberton, North Carolina, United States. He grew up in a large extended family along with 9 siblings and step-siblings. Ben was looked after by his grandmother, since his mom, Helen used to work as a hotel maid. She also worked in a local Converse shoe factory.

Ben attended the South Plantation High School, based in Plantation, Florida. He later joined Florida State University, earning a Bachelor’s degree in 1992, majoring in criminal justice. After three years in 1995, he earned his Juris Doctor degree.

Crump had his first case in 2002, where he represented Genie McMeans Jr.’s family, who was shot and killed by a white state trooper. He took another case in 2007, representing an African-American teenager named Martin Lee Anderson, who was killed in 2006, by the guards of a Florida-based Youth detention center.

You May Also Like:   Richest Walking Dead Actors Ranked by Their Net Worth 2022

Ben created the headline in 2012 after he represented the Trayvon Martin’s family, who was shot and killed by 28-year-old George Zimmerman in Sanford, Florida on 26th February 2012. The same year, he took over the case of African-American woman Alesia Thomas, who took last breathe while she was in police custody.

Thomas was brutally beaten by the female officer Mary O’Callaghan, which was revealed as the major reason behind her death. In 2014, he was hired to represent the case of an 18-year black guy, Michael Brown, who was shot and killed by the police officer, Darren Wilson. The same year, he represented a 12-year-old African-American guy, Tamir Rice, who was led to death by the police in Cleveland.

Ben continued his job fighting for the justice of black people in 2015. He represented the family of Antonio Zambrano Montes and Corey Jones in 2015, where the latter was killed by a plainclothes officer. Ben opened his law firm, Ben Crump Law in 2017.

His most recent case includes the case of a 19-year-old Asian American boy, Christian Hall. He was shot and led to death by the Pennsylvania State Troopers in December 2020. Likewise, he represented the family of a 20-year-old African American boy, Daunte Wright, who was killed by a Brooklyn Center Police Department officer.

Ben Crump is married to a lady named, Genae Angelique Crump. With his wife, Genae, he shares a kid named Brooklyn Zeta Crump. We are yet to get more information on his personal life. For more updates, interested people can follow his Instagram, attorneycrump, where he posts his recent updates.

Ben Crump has amassed an approximate fortune of $5 million by 2022. He has earned the lump sum from his work experience as an attorney. Besides that, he has also appeared on the prime time court show, “You the Jury” and TV documentary series “Who Killed Tupac?”.