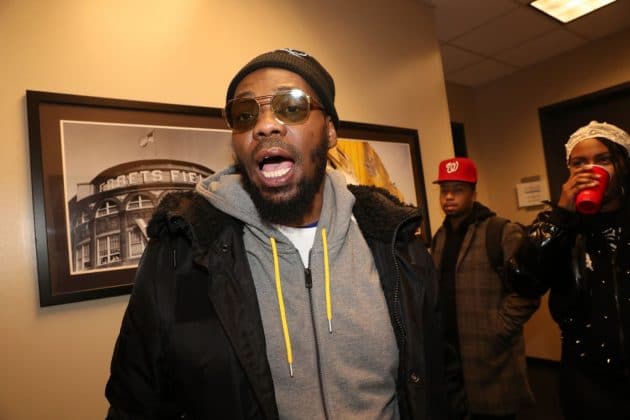 Dwight Equan Grant, better known as Beanie Sigel is a 48 years old American rapper. He claimed prominence after he released his first studio album “The Truth” through Roc-A-Fella Records in February 2000. Sigel is also a former artist of Roc-A-Fella Records, where he formed a strong connection with the rappers, Jay Z, Freeway, and others. As of 2022, Beanie Sigel net worth is estimated to be around $200 thousand.

Beanie Sigel was born on the 6th of March, 1974 in South Philadelphia, Pennsylvania, United States. Not much is known about his early life, parents, and academic background. He had an interest in rapping since he was a little kid.

Beanie came up with his first studio album titled “The Truth” on February 29, 2000. The album was a critical and commercial success. Later on, he collaborated with the rapper, Freeway, who was also a member of Roc-A-Fella Records, and released the original song titled “Roc the Mic”. Beanie worked on multiple videos before he served a one-year prison in 2005. He also completed his third album “The B. Coming”, which was released on March 29, 2005.

Beanie re-signed with the Roc-A-Fella Records in 2006, after he departed from Dame Dash Music Group. Soon after joining Roc-A-Fella Records, he started working on his fourth studio album “The Solution”. He released the first song from his album titled “The Situation” on October 29, 2007. The album peaked at 83rd spot on the U. S. R&B charts.

Sigel dropped his first independent album “The Broad Street Bully” in 2009. Following year, he announced that he is going to release his sixth studio album “The Closure” in 2010 on G-Unit Records and Universal Records. However, he canceled the album and took retirement from the music industry on May 31, 2011. Though, just after 2 weeks, he returned back to the music industry to work on his incomplete album again, which was re-titled “The Classic”. After renewing his contract with G-Unit Records, he dropped his first single from the album “B-Boy Stance” on July 13, 2011.

To date, Beanie has released six studio albums and three collaboration albums. His last studio album titled “This Time” was released in 2012. Besides his music career, he has also worked as an actor in the movies “State Property”, and “Paper Soldiers”. Sigel has recently revealed that the rapper, Kanye West has promised him to pay $50 million for giving him a nickname, Yeezy.

Sigel also revealed that West has promised him to give him 5% stock in his company, Yeezy. Kanye revealed many unrevealed facts during the Drink Champs interview with DJ EFN and N.O.R.E.. During the interview, he revealed “Yeezy was Beanie’s name for me when I was Baseline Studios. Like on some, “Oh that’s Yeezy’, make him one of us.” West further revealed that Beanie let him wear his State Property chain.

Beanie Sigel’s present relationship status is believed to be single. He has been arrested multiple times. Beanie was arrested in 2002 on a federal weapons charge. In January 2003, he was arrested after punching a 53-year-old man in the face. Beanie turned himself into Philadelphia police on July 3, 2003, and then, he was charged with attempted murder after he fired six shots at a club door from a 9mm handgun.

You May Also Like:   Papoose Net Worth: How Rich is the Rapper Actually in 2022?

Beanie was again sentenced to 23 months in county jail for possessing prescription drugs illegally in 2012. He was released from Federal Correctional Institution, Schuykill on August 14, 2014, and was reported to have spent the remaining time of his sentence in a halfway house in Philadelphia. Sigel was seriously injured in a drive-by shooting outside his New Jersey house on December 5, 2014, due to which, he had a lung removed during a complicated surgery.

As of 2022, Beanie Sigel’s personal wealth is estimated to be around $200 thousand. He has bagged a considerable amount from his music career. His net worth most probably would have been much bigger, if he would not have been a part of many legal issues.

Travis Scott Net Worth: How Rich is the Rapper Actually in 2022?