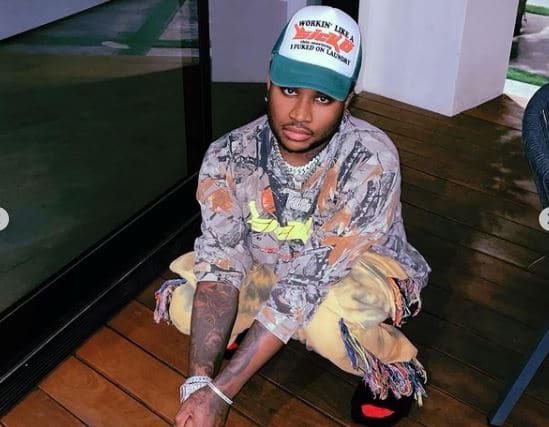 Dionte Gray better known as Arrogant Tae is an American celebrity hairstylist and wig expert. He is the founder of the brand, The Flawless Experience. Tae is also popular on Instagram, where he regularly makes posts on hair transformation. As of 2022, Arrogant Tae net worth is estimated to be around $1,5 million.

Arrogant Tae was born Dionte Gray on 11th of March, 1995 in Chicago, Illinois, United States. He developed an interest in hair styling by watching his mother, aunt, and cousins while they styled people’s hair in a salon. Soon, he started styling the hair of his school friends, and his mother’s friend’s kids.

It didn’t take a long time for him to get famous as a hairstylist since he was getting popular all around the city. In his salon, he was working with full dedication, and giving the best styling to his clients. After some time, the renowned reality star, Porsha Williams posted on Instagram that she is in a need of a hairstylist from the city, Chicago, as she was staying there.

You May Also Like:   Nelk Boys Net Worth: How Rich are the NELK Members Actually?

Tae was quite popular in Chicago, and soon her manager booked an appointment with him, and he got his first celebrity client. After few months, he shifted his place to Atlanta with a big dream of getting more clients. After a very short period, he was successful to establish himself as a celebrity hairstylist.

He made a stylish design of wigs for famous celebrity artists like Keyshia Dior, Teyana Taylor, Ariana Fletcher, Tabatha Robinson, Kim Kardashian, and Nicki Minaj. Tae is currently working through his self-established brand “The Flawless Experience”, where people book their appointments to get stylish wigs, bundles, closures, and frontals.

Arrogant Tae was rumored to be dating an upcoming rapper, Toosii Deny in 2020. The rumor started when people found his old comment on Toosii’s old Instagram picture with his mom, where he commented with “I love her” with red heart emoji. However, both Tae and Toosii never confirmed their relationship.

A year back in July 2020, Tae was seen having some issues with Nicki Minaj. Tae was eventually removed from designing Nicki’s wig just before 48 hours when she was all set to shoot her new promo video. Tae later posted a lengthy Instagram post mentioning the real reason, why he was not available for Minaj’s new shoot. He also added he had no clue on the quality and standard of design Nicki wanted for her video shoot.

Arrogant Tae has accumulated a total net worth value of around $1,5 million by 2022. He has collected the handsome figure from working as a celebrity hairstylist. It was all his dedication and hard work as a stylist, which has helped him to earn wide recognition in the celebrity world.