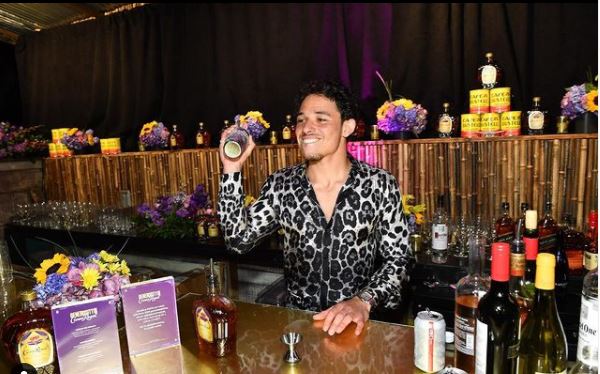 Anthony Ramos was born on the 1st of November, 1991 in New York City, United States. He belongs to Puerto Rican descent. Anthony has spent his childhood days growing up in Bushwick, Brooklyn. He has an elder brother and a younger sister.

Regarding his education detail, he has studied at Halsey Junior High School. He used to sing Motown songs in high school days with a student group, the Halsey Trio. Later, he joined New Utrecht High School, from where he came out as a graduate in 2009.

During his time in high school, he was more active in sports. He used to play mostly baseball in NCAA Division III. Anthony later joined the American Musical and Dramatic Academy, where he graduated in 2011.

Ramos started off his acting career in 2011 by appearing in various musical productions. His early notable performance includes a 2012 production “In the Heights”. He has also appeared in a dance show, Heart and Lights, which was performed at Radio City Music Hall. During that time, he gave an audition for the off-Broadway production “Hamilton”.

Anthony later took over the role of Justin Laboy in the short musical titled “21 Chump Street”. The short musical was recorded for the National Public Radio (NPR)’s This American Life. In early 2015, he starred off in the dual role of John Laurens and Philip Hamilton in the musical “Hamilton”.

In 2016, he was cast as Mars Blackmon in Netflix’s comedy-drama series “She’s Gotta Have It”. Likewise, he appeared as Ramon in the remake of the musical production “A Star Is Born”.

In 2018, he was cast as Usnavi in the movie adaption of the musical “In the Heights”. Ramos was recently cast in the lead role in the upcoming Transformers film franchise “Transformers: Rise of the Beast”, which will be released in 2022.

Besides acting, he is also known for his singing talent. Anthony released two tracks titled “Common Ground”, and “Freedom” from his solo EP, The Freedom EP on November 8, 2017. He was signed to Republic Records in 2019. Anthony came up with his first album titled “The Good & The Bad” on October 25, 2019. He released his second album titled “Love and Lies” on June 25, 2021.

Anthony has recently appeared in CBS’s new home makeover show “Secret Celebrity Renovation”. Along with the show’s designers, he helped to renovate his childhood drama teacher, Sara Steinweiss’s Brooklyn-based house. Anthony renovated his teacher’s house as a return gift for helping him reach a path of stardom.

Ramos is currently in a relationship with Grammy-winning singer, and actress, Jasmine Cephas Jones. He met her first time while rehearsing for the Off-Broadway production of Hamilton. After dating her for more than six years, he got engaged to her on Christmas Eve in 2018.

Ramos reached to social media sharing the engagement news on Instagram in 2018 where he wrote “Thank you for saying yes to writing stores together for the rest of our lives. I’m honored and Blessed to marry you”.

As of 2022, Anthony Ramos ‘s personal wealth is estimated to be around $3 million. He has been able to make a whopping net worth figure from appearing in the various musical Broadways, and movies. His music album release has also helped him to add some amount to his net worth.