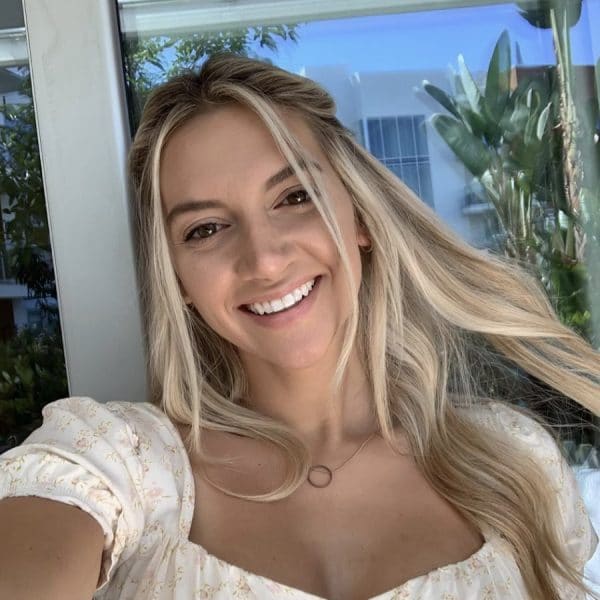 Allison Kuch is a 27 years old American TikTok star, who is best known for her comedy, pranks, and vlog-style video on her official TikTik account, @allisonkuch. Allison’s most liked video on TikTok is a comedy skit about face-timing her fiance. As of 2022, Allison Kuch net worth is estimated to be around $400,000.

Allison Kuch was born on the 10th of January, 1995 in the United States. She has not provided any information regarding her early life, parents, or academic background. Though we came to know that she has a sister, Emily Kuch, and a younger brother, Jack.

Allison’s sister, Emily has even appeared in her YouTube videos. She appeared in a Q&A video with her sister, which has titled “Sisters are Dating Brothers?”, uploaded on June 5, 2017.

Allison opened her YouTube account on March 5, 2012. Though, she uploaded her first YouTube video on June 5, 2016. Her first video has the title “Graduation video//Matt Rochell”. She dedicated the video to her then-boyfriend’s brother, Matt’s graduation.

You May Also Like:   Nikita Dragun Net Worth: How Rich is the YouTuber Actually in 2022?

Allison then continued to upload more videos related to vlog and travel. From 2016 to 2021, she has made many videos, and still, she is dedicating her time to making videos on YouTube. Though, her videos gather views around 5K to 12K. She even features her husband, Isaac Rochell in her videos. Her recent videos include “I Bought a New Car”, “My Husbands First Game As a Colt|Weekend in my Life”, “Flying to Baltimore for Monday Night Football”, “Only time will tell” and “We Bought a House”.

Allison uploaded her most recent YouTube video on November 6, 2021, which has the title “Skims Cozy & Fits Everybody Haul!!”. To date, the video has garnered over 1.8K views. Allison is more popular on TikTok for her comedy and pranks videos. As of now, her official TikTok account, @allisonkuch has 766K followers and 46.3 million likes. Allison’s TikTok video receives thousands and millions of views within a short time of upload. One of her most viewed TikTok videos was uploaded on October 20, where she showed her strong connection with her husband, Isaac. The video has the title “Love of my life”, and to date, it has garnered over 19.2 million views.

Allison and her hubby, Isaac, have recently been featured on her TikTok video, which was uploaded on November 11, 2021. The video has the title “I think it’s meant to be!! #penchallenge @isaacrochell91”. Her most recent TikTok video was uploaded on November 12, 2021, where she wrote “living in a state where you have no friends, no family, & u work from home so u never leave the house but you’re “not allowed to feel sad” because ur “husbands career” & “other people have it so much worse”.

You May Also Like:   Joe Bartolozzi Height, Age, Bio, Net Worth, Career & Girlfriend

Allison Kuch currently stands at a height of 5 feet 9 inches or 175 cm tall and weighs around 55 kg or 121 pounds. Her body measurements are 33-24-35 inches. Likewise, she has brown hair and a pair of dark brown eyes.

Allison Kuch is married to her longtime boyfriend, Isaac Rochelle, who plays a football defensive end in the National Football League for the Indianapolis Colts. She tied the knot with Isaac in April 2021. Allison has also uploaded her Wedding video on her YouTube channel. The wedding video was uploaded on June 21, 2021. On June 27, 2021, she uploaded another video with the title “Life after the wedding… Is the “Honeymoon Phase” Real?”.

As of 2022, Allison Kuch’s personal wealth is estimated to be around $400,000. She must have gathered a considerable amount from TikTok and YouTube. Allison purchased a new car in September 2021 and bought a new house in October 2021.

Olivia Jade Giannulli Net Worth: How Rich is the YouTuber Actually?