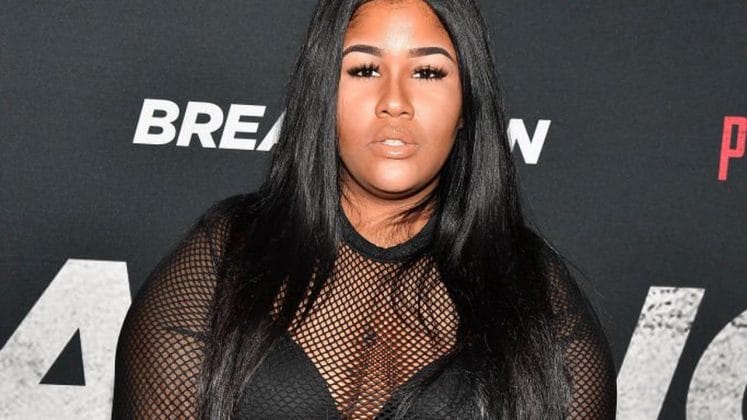 Akbar V was born Valerie Raven on 22nd August 1989 in the United States. She had a rough child while growing up in Cleveland Ave. In fact, she had been into a drug addiction, and sexual abuse. She lost her mother in 2007. Akbar has also survived a gunshot on March 15, 2016. Since 14, she has been living in the street.

Akbar used to listen to the songs of Missy Elliot, Lil Kim, and Eve, which inspired her to make a career in music. She was really motivated to pursue a career as a rapper when Nicki Mijan’s songs came out. On November 3, 2017 she came up with her first album “Griselda Blanco”. She revealed that how she came out with the album going through shit life in the streets.

Akbar had a belief that the album would surely change her life, and switch it up. She has literally made the songs on the album through her real-life experiences, rather than imagining things. Akbar released her next album titled “Silent Cries” on May 5, 2017, which includes 12 songs. The album was released under the record label, Greatness Ent.

You May Also Like:   Papoose Net Worth: How Rich is the Rapper Actually in 2022?

Akbar kept working on her music projects, and on September 28, 2018, she released her third album titled “The Coldest Summer”. The album was released under the record label, Human Re Sources. On March 15, 2019, she released her EP titled “6.08”, which includes 7 songs. Akbar has also worked as a member of the record label, YSL, which was found by the rapper Young Thug. She also became popular as YSL First Lady.

Akbar V has been in a relationship with five men, through which, she has delivered five kids. She mentioned that her five kids belong to five different men. One of her sons, Dorribion has even made an appearance on the reality series. She has mentioned that her oldest son stays with her, 2 of her kids stay with their auntie, and the rest of them stay with their dad. Likewise, one of her sons, Dulchay wants to be a rapper, so she is preparing to get him on a track.

You May Also Like:   Malki Means King Net Worth & Wiki: How Rich is He Actually?

Akbar V recently had a feud with Love & Hip Hop Hollywood star, Alexis Sky. The video of two having an altercation outside a club went viral on Twitter. Akbar and Alexis were actually booked as a host for an event that took place at a club in Philadelphia. However, the two reality stars ended on fighting each other outside the club, which had to stop by the security.

As of 2022, Akbar V has gathered a total net worth sum of $700 thousand. She has gathered the handsome figure from her music album sales, and through her appearance on Love & Hip Hop: Atlanta.