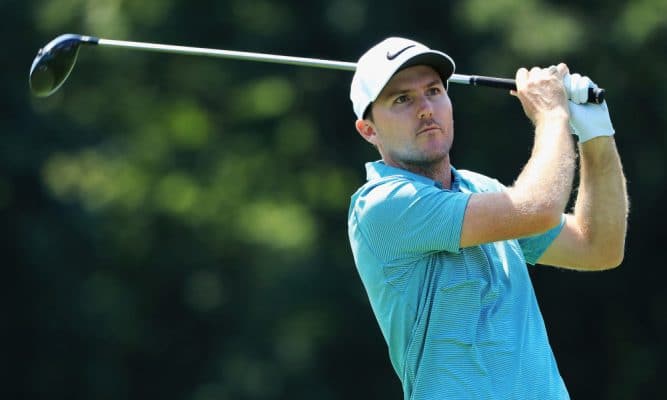 Russell Henley is a 33 years old American professional golfer. He currently plays on PGA Tour. Russell has won 3 PGA tours and 3 Korn Ferry tours. He is currently ranked 57 on World Official Golf Ranking. As of 2022, Russell Henley net worth is estimated to be around $6 million.

Russell Henley was born on 12th April 1989 in Macon, Georgia, United States. He was born to parents, Chapin and Sally Henley. Russell was interested in playing golf from an early age. He even played golf during his college and University days. Russell has studied at Stratford Academy. Then he attended the University of Georgia, where he dedicated his four years playing college golf.

Russell was in excellent form during his college years. He was even honored as the most outstanding collegiate golfer and awarded with 2010 Haskins Award. Russell had also shown his good game in U. S. Open, where he settled with a tie for low amateur. His early victory came on the National Tour, winning the Stadion Classic at UGA in 2011.

Henley turned professional in September 2011 by playing his first professional game at Nationwide Tour’s golf tournament, Soboba Golf Classic. Soon after a year, he registered his victory at Chiquita Classic. He got his second victory in 2012 by winning the title at Winn-Dixie Jacksonville Open.

Russell won his first PGA Tour in January 2013, where he showed a record-setting performance at Sony Open. He broke the scoring record at the tournament by four shots finishing at 256. His score was second-lowest in PGA Tour history played for the 72-hole tournament. With the win, he entered into two championships; Masters and PGA Championship.

Henley registered his second PGA Tour win in March 2014 by winning The Honda Classic. With the win, he entered into World’s Top 50, and even qualified to play in the upcoming Masters. Henley got this 3rd PGA Tour victory at Shell Houston Open in April 2017. He recently competed in Wells Fargo Championship on May 6, 2021, where he finished at 72nd place.

Russell Henley is a married man. He tied the know with a well-known painter, Teil Duncan on October 30, 2015, in South Carolina. She is a well-known painter in the Charleston art scene. Henley met her first time in 2013 at her sister’s wedding. He had his first date with her after four months they met at a wedding. Russell finally proposed to Duncan in 2014 on Pitt Street Bridge.

Terry Kennedy Net Worth: How Rich is the Skateboarder Actually?

Gabby Thomas Net Worth: How Rich is the Track-and-Field Athlete?