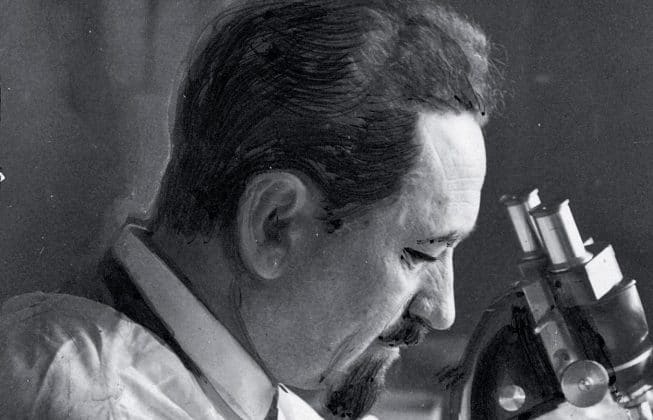 Rudolf Weigl was a Polish research biologist and inventor. He is best known for inventing the first effective vaccine against epidemic typhus. Weigl played a vital role in saving the lives of countless Jews during the Holocaust by inventing the vaccine for typhus. Rudolf Weigl net worth is unavailable and is under review at the moment.

Rudolf Weigl was born on the 2nd of September, 1883 in Prerau, Austria-Hungary. He was born to Austrian parents. Rudolf lost his father in a bicycle accident. Then, his mom, Elisabeth Kroesel married to Polish secondary-school teacher named Jozef Trojnar. He grew up in Jaslo, Poland.

Regarding his educational background, he earned his graduation from Lwow University in 1907. While studying at University, he became a pupil of Professors, J. Nusbaum-Hilarowicz and Benedykt Dybowski. Weigl started working as Professor Nusbaum’s assistant. After some time, he completed his doctorate degree with majoring in zoology, histology, and comparative anatomy.

Rudolf was included in the medical service of the Austro-Hungarian army during World War I in 1914. During that time, he started doing research on typhus and its main causes. For two years from 1981 to 1920, he served at a military hospital where he got to work closely on typhus at the Laboratory made especially for the study of Spotted Typhus.

Weigl was included in the team of the military sanitary council of the Polish Army in 1919. He kept on researching and experimenting on typhus, and finally, he invented a vaccine. Weigl continued his research even after Poland was invaded by Germany in 1939. While working at the Institution in Lwow, he increased the production of the typhus vaccine.

Weigl dedicated four years in Lwow where he gave his full focus on researching and developing a vaccine. He also led and directed the Institute for Typhus and Virus Research at that time. As he went on researching, he finally came up with the vaccine made for spotted fever.

Rudolf employed and gave protection to nearly 2,000 Polish Intellectuals, Jews, and other members of the Polish underground after he set up a typhus vaccine production plant at his own institute. The Jewish associates who helped him producing the typhus vaccine received protection, food, and doses of vaccine in return. During the Nazi’s reign, he was able to save the lives of around 5000 people.

Weigl served as a Chair of the General Microbiology Institute after he shifted to Krakow in southern Poland. Later, he also served as a Chair of Biology at the Medical Faculty. Weigl finally retired in 1951. Although he was retired, the vaccine was continuously produced for some years until it was discontinued.

Weigl was reported to be married to Zofia Weigl who started scientific cooperation with him. Rudolf and Zofia turned into a married couple in 1921. Zofia was also one of his closest associates while he served at the Institute for research on Spotted Typhus.

Rudolf Weigl passed away at the age of 73 on 11 August 1957. He took his last breath in the Polish mountain resort of Zakopane. His dead body was buried in Karkow based historic Rakowicki Necropolis.

Weigl was honored as Righteous Among the Nations in 2003. Recently on 2 September 2021, Weigl’s 138th birthday was commemorated by Google with a Google Doodle.

Rudolf Weigl’s net worth is unavailable at the moment. However, some website lists his net worth to be in the range of $1 million to $2 million. He might have earned a huge amount from his research work and long-time service as a biologist.

Jacob Wohl Net Worth: How Rich is the Conspiracy Theorist Actually?