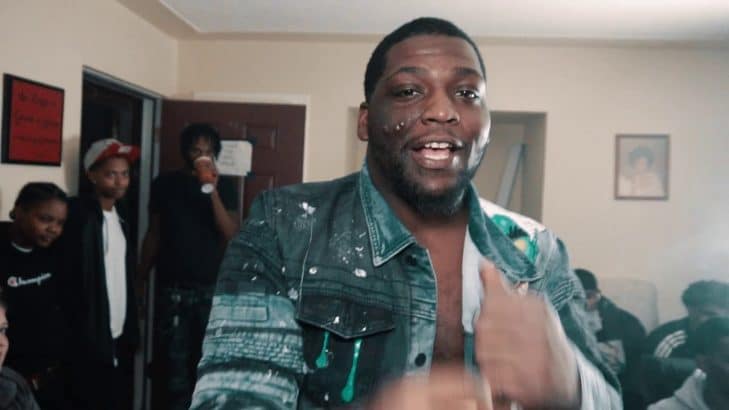 Rio Da Yung Og is a 28 years old American rapper, best known for his album “City On My Back”. He is also famous for his hit songs “Legendary”, “Chicken Coupe” and “Last Day Out”. As of 2022, Rio Da Yung Og net worth is estimated to be roughly $1 million.

Rio Da Yung Og was born on the 11th of May, 1994 in Flint, Michigan, United States. He has not shared much information on his past life, parents, and education detail. Rio spent most of his early days in Michigan. Three years back, he moved to the Eastside of Detroit.

Rio was grown up in Michigan’s flourishing street rap scene. He had been pulled towards rapping by the time when he started listening to the rap songs in the street.

Rio released his first song titled “Trippin Again” in April 2018. After a year in 2019, he came up with many songs, which helped him to build early steps in his music career.

Rio’s first song, which crossed a million views was “Backend”. The song also features the rapper, RMC Mike. It was released on YouTube on July 26, 2019. As of this writing, the official music video of the song received over 3.7 million views on YouTube.

However, it was the song “Legendary”, which paced his career graph. The song was a massive hit, which hits over 13 million YouTube views. Following that, he continued to give hit songs. In December 2019, Rio dropped another hit song titled “Hardly Breathe”.

Rio’s recent hit songs include “Who Made This”, “What Do Rio Mean/Definition of Rio”, “Third Times A Charm” and “Chicken Coupe”. His latest song “Last Day Out”, was released on April 1, 2021. The song has generated over 2.1 million YouTube views in 3 weeks.

Rio Da Yung OG is a married man. Though, we are yet to get more information on his married life. However, we got to know that he has a son and daughter, who appeared on his official Instagram account, riodayung0g.

Rio was sentenced to 5 years in prison in January 2019 as he was arrested with the charge of possessing gun and other controlled substances. On his Instagram, Rio revealed that he would begin his imprisonment in summer 2021.

As of 2022, Rio Da Yung Og’s personal wealth is estimated to be roughly $1 million. He has gathered a vast chunk of money all from his music career. His music career and net worth would surely hamper after he would be sent to prison in summer 2021.

You May Also Like:   Lil Uzi Vert Net Worth, Age, Height, and Girlfriend