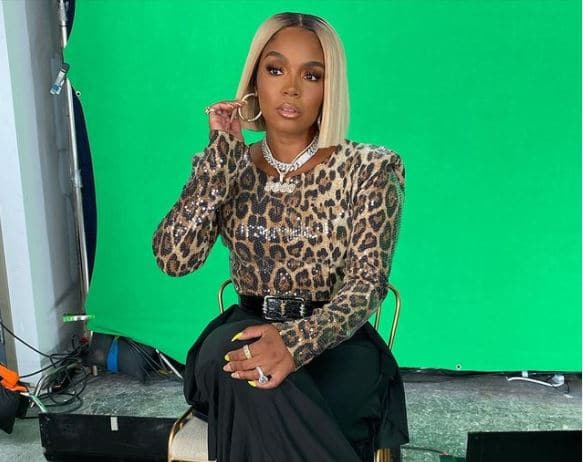 Rasheeda Buckner-Frost, better known as Rasheeda is an American rapper, fashion designer, and TV personality. She claimed prominence after performing with the female hip hop trio, Da Kaperz. Rasheeda is also known for her appearance on the reality show “Love & Hip Hop: Atlanta”. As of 2022, Rasheeda net worth is estimated to be roughly $700 thousand.

Rasheeda was born on the 25th of May, 1976 in Atlanta, Georgia, United States. She has not shared detailed information on her parents, early life, and educational background. She seems to have had an interest in singing since she was a small kid.

Rasheeda began her music career as one of the members of the female hip hop trio, Da Kaperz. She was able to establish herself as a talented rapper by singing along with the hip-hop group. However, she left the group in 2000 and started her solo career. She dropped her first studio album “Dirty South” on March 27, 2001. The album includes the hit single “Do It”.

Rasheeda released her second studio album, “A Ghetto Dream” under her label D-Lo in March 2002. She dropped her third album “GA Peach” on April 25, 2006. Following year, she dropped her fourth album titled “Dat Type of Gurl” on June 19, 2007. The album became a big hit due to its first song “Got That Good (My Bubble Gum(“.

In 2007, Rasheeda formed a hip hop duo, “Peach Candy” along with the R&B singer-songwriter, Kandi Burruss. She came up with her first mixtape, “Certified” in the summer of 2009. Rasheeda dropped her firth studio album “Certified Hot Chick” on August 18, 2009. She released her last studio album “Boss Chick Music” on June 18, 2012. She promoted her last album on the 10th season of “Bad Girls Club: Atlanta”, and “Love & Hip Hop: Atlanta”.

Rasheeda is married to Kirk Frost. She married Kirk when she was 23 years of age. Rasheeda shares two sons with her husband, Kirk. Her eldest son was born in 2000, and her youngest son was born in 2013. Rasheeda’s marriage along with her career, personal life, and business ventures has already been documented as a series regular on “Love & Hip-Hop: Atlanta.”

As of 2022, Rasheeda’s personal wealth is estimated to be around $700 thousand. In addition to her music career, she has also been a successful entrepreneur. She owns her makeup line named “Poiz Cosmetics”. Likewise, she is the owner of a multi-million dollar boutique named Pressed, which is situated at two locations; Atlanta, and Houston.

You May Also Like:   Erica Banks Net Worth: Height, Age, Bio, Career & Boyfriend

London on da Track Net Worth: How Rich is the Rapper Actually?