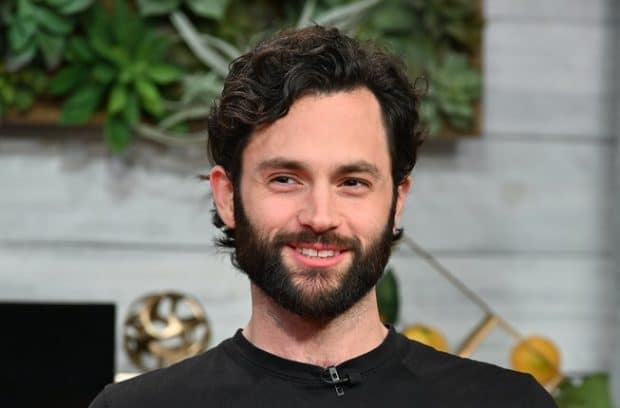 Penn Dayton Badgley is an American actor and musician. He is best known for being part of the hit series called Gossip Girl where he played the role of Dan Humphrey as well as in the Netflix series called You where he plays the lead character of Joe Goldberg. As of 2022, Penn Badgley net worth is estimated to be around $10 million.

Penn studied at Charles Wright Academy. He was also involved with Seattle Children’s Theatre which helped him a lot in getting roles as a child. Because of his unique situation, his parents decided to let him take a proficiency exam and enter him into college when he was only 14 years old.

However, he enrolled two years later because of the different contracts that he was involved in. His parents had divorced when he was 12 years old and he moved to California alongside his mother so that he could pursue his acting career. This had led him to be homeschooled.

Penn Badgley Net Worth and Career

As a child actor, Penn got his start by doing voiceovers with him later getting his first acting gig in an episode for Will & Grace. Over time, he also got credits in some other roles including in Daddio and What I Like About You.

However, these were only starter roles he was involved in. It was his involvement in the soap opera called The Young and the Restless where he was first able to show his potential by winning the Young Artist Award for his performance in a Daytime Series through the show in 2001.

He then starred in different series for The WB including Do-Over, The Mountain, and The Bedford Diaries. Penn then started to appear in films as well through his involvement in the production of John Tucker Must Die. Yet, his big breakthrough came when he was cast in the drama series called Gossip Girl.

In this series, Penn played the character named Dan Humphrey who became loved over the years by fans all over the world. Further success followed him as he was part of the blockbuster hit film called Easy A where he played the character of Todd and even received several nominations from award shows for his performance.

Penn would win the Robert Altman Award for his performance in Margin Call which was another blockbuster hit film about the 2008 financial crisis. Since then, he has been part of the production of The Slap as well as The Paper Store.

Penn is currently the star of the Netflix series called You where he plays the character of Joe Goldberg. The series has become a huge success and is often the talk on the internet among youths. The show has already featured three seasons now with many comparing the show with the successful television series called Dexter.

Penn had dated Blake Lively who he worked together within Gossip Girl for a couple of years. They knew each other as kids too since they were homeschooled together. However, they broke up and Penn started to date actress Zoë Kravitz.

Yet, their relationship would also not last after which Penn started to date Domino Kirke who was a singer. After dating for three years, they decided to get married in 2017. Together they have a son who was born in 2020.

Peter Scolari Net Worth: How Rich was the Actor Actually in 2022?