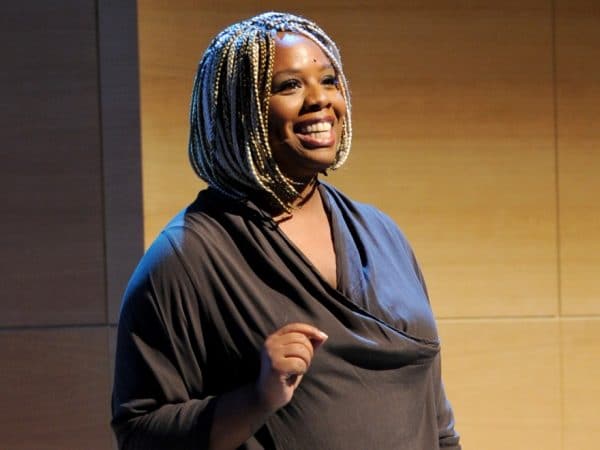 Patrisse Khan Cullors is an American social activist and author. She is a co-founder of the social movement “Black Lives Matter”. Patrisse has been recently in news for a million-dollar real estate buying binge. As of 2022, Patrisse Khan Cullors net worth is reported to be around $2 million.

Patrisse Khan Cullors was born on June 20, 1983, in Los Angeles, California, United States. She spent her childhood days growing up in Pacoima. She completed her high school education at Cleveland High School.

Patrisse has involved herself as an activist since she was a teenager. She actively indulges in the civil rights social movement, Bus Riders Union (BRU). She has also learned about activism from Labor Community Strategy Center. In her early practicing activism days, she got to learn about critical theory, revolutionaries, and social movements.

Patrisse, later joined UCLA and received a graduate degree majoring in religion and philosophy. She also attended USC, to get a terminal degree, Master of Fine Arts. Cullors is also sharing knowledge on social activism in the Public Practice Program organized at Otis College of Art and Design.

Cullors founded the decentralized political and social movement called “Black Lives Matter” in 2013, along with friends Opal Tometi, Alicia Garza, and some community organizers. The movement was started to stop the incidents of racial violence against black people.

You May Also Like:   Chris Sheng Net Worth: How Rich is Courtney Stodden's Boyfriend?

Pratisse worked on the social movement strongly, when a not-guilty verdict was given to George Zimmerman who shot and killed an unarmed black teenager named Trayvon Martin in Florida. Likewise, she protests against the Minneapolis police officer Derek Chauvin, who killed the black guy, George Floyd by kneeling down on his neck.

Cullors has written a book “When They Call You a Terrorist: A Black Lives Matter Memoir”. The book was made available for the public in January 2018. On February 4, 2018, her book was listed at number 12 on The New York Times Best Seller list.

Pratisse has also made an appearance in the 2016 documentary “Stay Woke: The Black Lives Matter Movement”. She has also signed a multi-year contract deal with Warner Brothers Television Group, to work on the content that raises the voice of black people.

Patrisse Khan Cullors identified herself as a queer. She was forced to leave her house when she revealed her identity to her parents. She shared the wedding vows with a social activist, Janaya Khan in 2016.

Patrisse Khan Cullors has amassed a total net worth of $2 million by 2022. Most recently, she is suspected to be misusing the funds that were raised from the Black Lives Matter movement as she has bought many houses in the United States.

You May Also Like:   Scott Cawthon Net Worth: How Rich is the Video Game Developer?