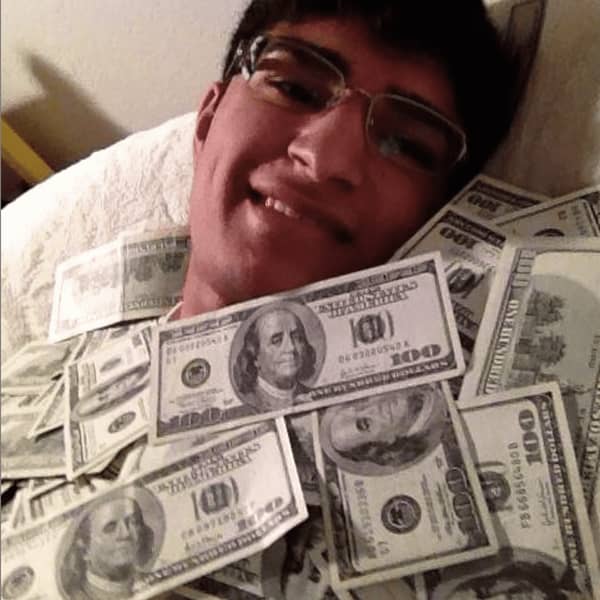 Param Sharma is a 26 years old American Instagram star. He is also known as one of Instagram’s richest kids. Param is mostly known for his YouTube video “I Get Everything I Want”, which went viral in 2013. He is also an entrepreneur, who founded the tech company called Chumorocks. As of 2022, Param Sharma net worth is estimated to be around $5 million.

Param was recently arrested by California Highway Patrol for riding a Tesla in the back seat. He was charged with disobeying a peace officer and 2 counts of careless driving.

Param Sharma was born on 7th December 1995 in San Francisco, California, United States. In one of his Instagram videos, he mentioned his mother’s name as Sikha Sharma. However, we are yet to get more information about his parents. Sources revealed his father is a banking executive.

Regarding his education, he has studied at Albany High School in the early 2010s. One of his classmates revealed that he has been a mischievous kid who always likes to get into the center of attention. Most of the time he gets into trouble, and he was like a thorn for the school administration.

It has been obvious now that Param loves to show his rich lifestyle. He uses an Instagram account, goldcollarlavish, where he has described himself as a gold collar and other a blue-collar. Param is often seen taunting people for their poor status, calling them low-class peasants.

Param also likes to trash celebrities online. He has targeted few celebrities like Kim Kardashian and Soulja Boy. Sharma once accused Barbadian singer, Rihanna of copying his style. He became a popular social media sensation, when his YouTube video titled I Get Everything I Want was released in 2013. The video was viewed by more than 170,000 people in less than 24 hours.

Param has been in controversies most of the time. He was sentenced to 90 days after he was found selling an iPhone on Craigslist in 2014. It would not have been a big deal if the phone which he was trying to sell was not a stolen phone. Later, his lawyer made a statement that he stole the phone as a favor for one of his friends.

Sharma was recently caught riding his Tesla sitting in a back sheet, with no driver on the front. He repeated the activities after getting out of jail. He was actually freed from Santa Rita Jail on that day, and he went straight to buy a new car at the Tesla dealership. And in the afternoon, he was there showing his demonstration how quickly he can actually ride the car sitting behind the wheel.

However, his act was caught by the California Highway Patrol (CHP) and he was arrested on Monday after CHP found a video on which he was riding in the back seat. Driving without a person in the front seat or in autopilot mode is illegal in California. As a result, he could get a strict penalty for continuing bad behavior. His next court date is on July 6, and Sharma is quite confident that he will plead not to be guilty.

You May Also Like:   Zach King Net Worth, Age, Wife, and TikTok

Param Sharma is tagged as Instagram’s Biggest Jerk. However, he doesn’t seem to get bothered with the tag in any way. Param’s true relationship status is still not known. He has been mostly in the news for his controversial act rather than for his love affairs.

Starting May 2022, Param Sharma has amassed an approximate fortune of $5 million. Param recently wrote, he bought a penthouse in the sky to look down on the poor. That proves how he loves to flaunt his wealth and dominate the poor. He also wears $60,000 worth of the Rolex watch.