Mauricio Umansky is a Mexican high-end real estate agent and reality TV personality. He is best known for being the husband of The Real Housewives of Beverly Hills star, Kyle Richards. Mauricio is also known for starring in Netflix’s new series, Buying Beverly Hills. As of 2022, Mauricio Umansky net worth is roughly around $100 million.

Mauricio Umansky was born in June 1970 in Mexico. He was born to Estella Sneider and Eduardo Umansky. His mother, Estella is a well-known radio and TV personality in Mexico. Estella works as a sex therapist and psychologist. Mauricio grew up with his sister, Sharon Umansky Benton. His family shifted to the United States when he was six.

Mauricio spent a number of years in and out of the hospital when he was a kid as he struggled with neutropenia. For his study, he initially joined the University of Southern California. However, later he dropped out of the University to start his entrepreneurial career.

At the start of his career, he opened a best-selling clothing line, 90265. Fortunately, the company did quite well and after a while, he sold the company for a substantial profit. Then, he stepped into the real estate industry by joining a firm, Hilton & Hyland, which was established by his brother-in-law. The real estate specializes in homes and real estate in Beverly Hills, Bel-Air, Holmby Hills, Malibu, and Hollywood Hills.

You May Also Like:   Crystal Harris Net Worth: How Rich is the Model in 2022?

Umansky started off well at Hilton & Hyland as he sold a $7.5 million home belonging to Guraish Aldjufrie, who was the ex-husband of his wife, Kyle Richards. Then, he established his own real estate firm, The Agency in 2011.

He is also the CEO of the firm, which mainly specializes in luxury properties in high-end neighborhoods like Beverly, Hills, Brentwood, Malibu, and Holmby Hills. Umansky’s notable clients include a renowned basketball figure, Michael Jordan for whom he helped sell his 56,000-square-foot mansion located in Highland Park in 2015. His other known clients include Kanye West, Kim Kardashian, and Sofia Vergara.

Additionally, he has made profitable deals connected with the Disney Estate and the Playboy Mansion. His real estate firm, The Agency employs over 650 agents and has more than 37 offices across the globe. The real estate firm also represents buyers, sellers, and renters of high-end houses and apartments.

Umansky has recently been featured on Netflix’s new series, Buying Beverly Hills. The reality series features the houses being sold by Umansky’s real estate firm, The Agency. Along with him, his stepdaughter, Farrah Brittany Aldjufrie, and daughter Alexia Umansky also star in the Netflix series. The Umansky family has been on Bravo’s Real Housewives of Beverly Hills for the entire run of the series. His two daughters, Farrah and Alexia also work for The Agency. The Netflix series started premiering on November 4, 2022. 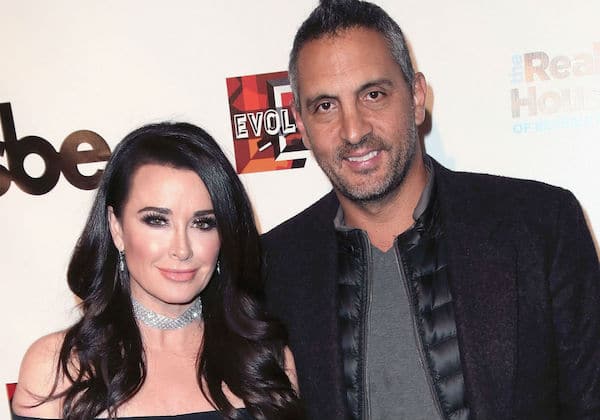 Mauricio Umansky is married to RHOBH star, Kyle Richards. He tied the knot with Richards in 1996. Umansky shares three daughters with Richards named, Portia, Alexia, and Sophia. He also has a stepdaughter, Farrah Aldjufrie from Richards’ first marriage. All his fourth daughters have starred in The Real Housewives. His wife, Richards gifted him a tricked-out electric bike on his 50th birthday.

You May Also Like:   Emily Compagno Net Worth: Height, Age, Bio, Career & More

Later, Umansky along with his wife and daughters went on a trip to Aspen for his 50th birthday.

Mauricio Umansky’s net worth is estimated to be around $100 million as of 2022. He has been listed as one of the top real estate agents in the United States. Umansky also earned a spot on Hollywood’s Top 25 Real Estate Agents list in 2015. Umansky’s real estate firm has sold over $1.5 billion worth of property since he launched the company.

Umansky and his wife, Kyle Richards purchased a mansion worth $3 million in the Bel-Air neighborhood in 2011. The mansion is used mostly used during the filming of Bravo’s reality series The Real Housewives of Beverly Hills. In 2017, the mansion was listed for sale and the Umansky finally accepted the deal of $6.5 million in January 2022. Additionally, the Umansky couple also owns a house in California which they purchased for $2.35 million in 2014.

Loujain Adada Net Worth: How Rich is the ‘Dubai Bling’ Star?

Alexis Bellino Net Worth: How Rich is the TV Star Actually?