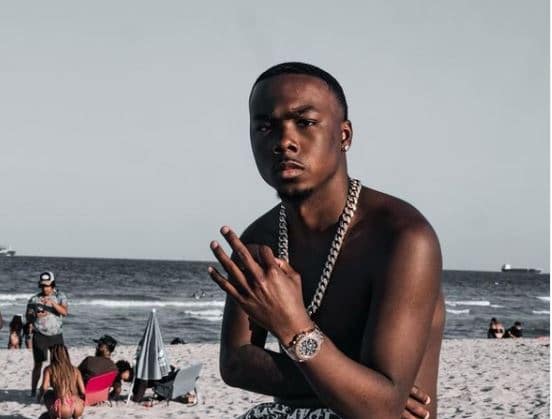 Lil Key is 21 years old young rapper from Baltimore. He rose to fame after appearing in the second season of the reality series “The Rap Game”. Lil is also known for his single “Backpack Flow” from his album, My Life Volume 1. As of 2021, Lil Key net worth is reported to be around $300 thousand.

Lil Key was born on April 5, 2000, in Baltimore, Maryland, United States. His real name is Keon Myers. He has not revealed much information about his past life, family, and academic details. But, what we got to know is that he loves to spend time with his parents and other family members.

Regarding his education detail, he received a scholarship to study in school. However, he never mentioned his school and college name.

Lil had a passion for music from an early age. He is especially interested in writing and rapping. Whenever he used to get free time, he would visit a recording studio creating inspirational and catchy lyrics. Lil had a birth injury in his right arm called Brachial Plexus. Despite that, he never allowed his disability to come in front of his musical dream.

Lil participated in the reality series “The Rap Game Season 2” in 2016. He faced talented rappers in the reality shows like Mani, Nia Kay, Mini Barbie, Tally, J I, and Jayla Marie. He was able to impress all on the show through his exceptional rapping talent. Lil even reached the finale of the reality show, where he faced the rapper, Mani.

At the end of the show, the producers and one of the mentors of the show, Jermaine Dupri selected Mani as the winner. Although he didn’t win the reality show, he was able to make a music platform for himself.

Lil has released several music CDs, which include “My Life”, “Key Mix” and “Key 2 Success: My Life Volume 2”. His most loved singles include “Backpack Flow”, “Struggle”, “Champion”, “Thank You” and “Foam City”. On February 5, 2016, he launched his new video titled “Love To Hate Me” on Yahoo.com.

Lile’s most recently released songs include “Say A Prayer”, “Dub” and “Chosen”. Just a month back in March 2021, he released official audio of the song titled “Damn”.

Who is Lil Key’s Girlfriend?

Lil Key is currently dating social media star, Princess Tommi. Lil and his girlfriend, Princess has a YouTube channel named Tommi & key. In August 2020, the couple shared the story of how they met for the first time.

Lil revealed that he was hosting some events when Tommi came to him to click a picture. Likewise, the pair answered some interesting questions on their relationship in June 2020.

Lil Key has been successful to earn a good number of fan bases through his several songs. He must have collected a hefty sum from his music career, but his exact net worth value has not come out yet. According to our estimate, his fortune must be around $300 thousand.