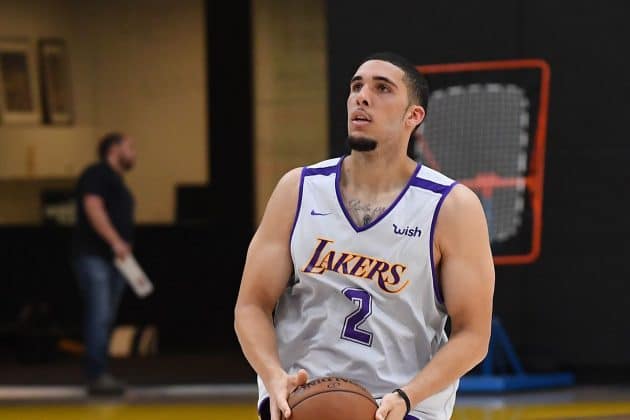 LiAngelo Robert Ball is an American professional basketball player. He is currently a free agent who plays in the position of a shooting guard. Ball is the son of LaVar who has grown into a well-known media personality and also features in the reality show called Ball in the Family. As of 2022, LiAngelo Ball net worth is estimated to be around $3 million.

Ball has grown up playing basketball alongside his brothers Lonzo and Lamelo ever since he was just 4 years old. His father dreamed of all of his sons to be basketball players and nurture them accordingly. In those initial days, the three brothers were seen playing together for Big Ballers VXT in the Amateur Athletic Union.

Ball studied at Chino Hills High School where he played in their basketball team and was instrumental in reaching the CIF Southern Section Open Division championship finals. This early exposure to competitive games helped Ball to develop his game further and had even committed verbally to play for UCLA.

LiAngelo Ball Net Worth and Career

Ball then enrolled at the University of California in 2017. However, that same year when their team was in China, Ball, and his two other teammates were arrested on charges of stealing in a Louis Vuitton store. This led to fines and even chances of a prison sentence. However, he would be released from custody but suspended from his university’s basketball program. This led to his decision to withdraw from UCLA.

You May Also Like:   Jermaine O’Neal Net Worth: How Rich is the Retired NBA Player?

This led to Ball joining the Lithuanian Basketball League(LKL) where he would play for Prienai starting in late 2017. However, his stint at Prienai would be cut short after his father expressed frustrations over the head coach of the team. Though Ball had goals of being part of the 2018 NBA draft, he was not able to be selected.

As a result, he joined the Los Angeles Ballers in the Junior Basketball Association(JBA) since that seemed a viable alternative to college basketball. Here, some of the best games of Ball could be seen where he was starting to show the potential in him. By the end of the season, Ball had been selected among the group of players for the JBA USA select team that participated in an international tour.

Ball signed with Oklahoma City Blue in late 2019 but the season was cut short because of the pandemic. Then in 2020 he joined the Detroit Pistons but was waived from playing in the pre-season.

LiAngelo Ball is currently in a relationship with the singer and songwriter named Evoni which he made public on Instagram.

As of 2022, LiAngelo Ball’s personal wealth is estimated to be around $3 million. Though LiAngelo’s career is only beginning, he already has a sizeable net worth. In the coming years, if he can live up to expectations in the NBA, his net worth is expected to rise significantly.

Lexi Thompson Net Worth: How Rich is the Golfer Actually in 2022?