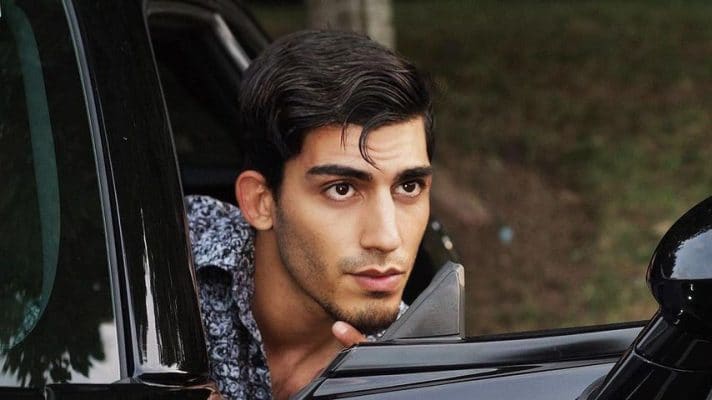 Ali Nasser Abulaban, better known as Jinnkid is a 30 years old TikTok star. He is best known for short-form comedy content on TikTok. Jinnkid usually shares his vocal impressions and comedy skits on the platform, and his impressions normally get thousands and millions of views. As of 2022, Jinnkid net worth is estimated to be roughly $1 million.

Jinnkid was arrested and charged with the murder of his wife, Ana Abulaban, and her companion. He was arraigned on the court on Monday, October 25. On the recent hearing, he was denied bail, and his preliminary hearing has been slated for January 5, 2022.

Jinnkid was born Ali Abulaban on the 18th of May, 1992 in Staten Island, New York, United States. His parents are from Palestine who emigrated to the United States in the 1970s. Jinnkid grew up with his three sisters and a brother.

He initially started his journey as a comedic internet personality on Instagram. Since his early days, he was able to impersonate famous personalities. He would perfectly impersonate the American fictional movie icon, Tony Montana, and the rapper 6ix9ine.

Jinnkid started gaining fame after he became popular for his viral Skyrim in Real Life video series on YouTube and TikTok. He is mostly known for his celebrity impersonation videos and short comedy parody. Currently, his official TikTok account, JinnKid has 948.8K followers and 12.1 million likes.

On October 14, he made an impersonation video of Tony Montana from A Scarface Prequel Film. To date, the video has gathered over 261.2K views. Likewise, on October 18, he impersonated Michael Jackson’s Moonwalk on the song Billie Jean. As of now, the video has garnered over 337K views. His most recent TikTok video, which has the title “Tony Montana fails Immigration” was published five days back on October 21.

JinnKid was reportedly married to a lady named Ana Abulaban. As per the reports, he has murdered his wife and her close companion named Barron on October 21. He had a doubt on his wife, Ana about having a relationship with another man. To clear out his doubt, he installed an app on his daughter’s iPad. Through the app, he could listen to the conversations in the apartment through his cellphone.

According to the Deputy District Attorney, Taren Brast, on October 21, he heard Ana talking with a man inside the apartment. As soon as he heard the voice, he drove to the apartment complex from his hotel and shot the man three times at close range. In the end, he also shot his wife in her forehead. After the incident, he called his mother where he admitted at he had killed his wife.

You May Also Like:   Gianluca Vacchi Net Worth: How Rich is Italian Social Media Star?

Just after the murder incident, he went on to pick his 5-year-old daughter from school. When he was returning with his daughter, he told his daughter that he hurt mommy and he was soon going to be apprehended by the police.

Jinnkid appeared in the courtroom for arraignment on October 25. In the court proceeding, his prosecutors alleged that his wife, Ana filed a restraining order against him, and she was actually seeking a divorce from him. The investigation is still going on the murder incident and if he proves guilty, he could face life imprisonment in jail without the possibility of parole.

As of 2022, JinnKid’s personal wealth is estimated to be around $1 million. He must have earned the hefty amount from TikTok. In addition to that, he might also be earning a handsome figure from YouTube where he has 171K subscribers and over 25 million views.

Huey Haha Net Worth: How Rich was TikTok Star Before his death?