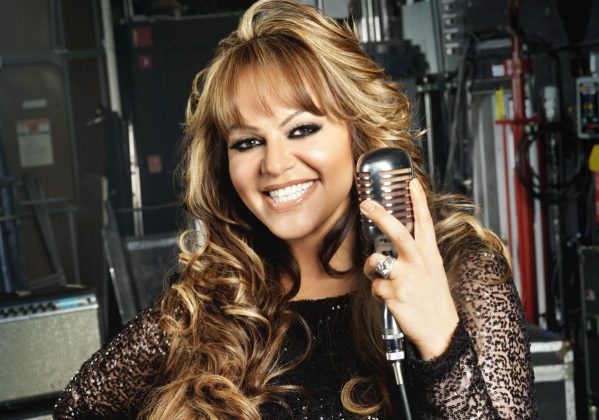 Jenni Rivera was a Mexican-American singer, actress, songwriter, TV producer, and entrepreneur. She was best known for her musical contribution within the Regional Mexican music genre in the styles of Mariachi, Banda, and Norteno. Rivera was named the best-selling Latin artist of 2013, and she has produced 15 gold and 5 double platinum records during her music career. Jenni Rivera net worth at the time of her death was estimated to be around $25 million.

Jenni Rivera’s full name is Dolores Janney Rivera Saavedra and was born in Long Beach, California on July 2, 1969, to her parents, Pedro Rivera and Rosa Saavedra. She was brought up by her parents along with four brothers and four sisters. Rivera was introduced to traditional Mexican music by her family. She earned the merit of A’s in school, and by the age of 15, she had become pregnant with her first kid.

Rivera was then working and supported her two kids by selling CDs at flea markets. At that time, she was also continuing her school, and eventually graduated as class valedictorian. Then, she joined the California State University, Long Beach from where she received a college degree in business administration. Following University graduation, she served in real estate. After some time, she started working for her father’s record label, Cintas Acuario, which was created by her father in 1987.

In 1992, she recorded a song as a gift to her father on Father’s Day. Following that, she recorded more songs, and eventually signed to Capitol/EMI’s Latin division. In 1995, she released her first studio album titled “Chacalosa”. Though, she struggled to play her songs on radios as then the market was dominated mostly by men.

She also had a bad experience when a radio programmer threw her CD in the trash right in her face. However, she didn’t give up and released two other albums titled “We Are Rivera”, and “Farewell to Selena” independently.

In the late 1900s, she was signed to Sony Music and in 1999, she signed with Fonovisa Records. Rivera came up with her debut commercial album titled “Que Me Entierren Con la Banda” in 1999. Jenni received her first Latin Grammy nomination when she dropped two records titled “Dejate Amar” and “Se las Voy a Dar an Otro” in 2001.

In 2005, she achieved more substantial success after she released the record titled “Parrandera, Rebelde y Atrevida”. The record became a big hit which charted on the Top 10 list of the Billboard Top Latin Albums Chart.

Then in 2007, she dropped her ninth major studio album titled “Mi Vida Loca”, which charted at No. 1 on the Regional Mexican Albums chart. In 2008, she released her tenth studio album “Jenni”, which stayed at the top list on the Billboard Top Latin Albums Chart in U. S. In 2009, she came up with her first full mariachi studio album called “La Gran Senora”. The album earned her a nomination for Best Ranchero Album.

Other than her singing career, she has also been featured on reality shows. She has produced the reality TV show called “Chiquis & Raq-C” which featured her oldest daughter, Chiquis. Then, she appeared in the spin-off reality show “I Love Jenni”. After that, she appeared as a coach in the Mexican talent show “La Voz… Mexico”.

In December 2012, her compilation album “La Misma Gran Senora” was released by Fenovisa Records, which charted at Top list on the Billboard’s Top Latin Albums Chart. Rivera has sold over million albums worldwide by early 2013.

Jenni Rivera had five kids from her three marriage life. She was first married to Jose Trinidad Marlin, with whom she had three kids. In 1992, the marriage ended citing physical and emotional abuse. In 1997, she tied the knot with Juan Lopez. She shared two kids Jenicka and Juan Angel with Lopez before the marriage ended in 2003. In 2010, she walked down the aisle with the baseball player, Esteban Loaiza. She separated from Esteban just months before she died in 2012. However, the divorce was never finalized.

On December 9, 2012, Jenni died in an aircraft accident, which was crashed near Monterrey, Mexico. Her dead body was buried at All Souls Cemetery on December 31, 2012, which was delayed due to her legal issues. Recently on January 12, 2022, a new mural pays tribute to Rivera at Jenni Rivera Fashion boutique. The tribute was made to her by the artwork which was created by her son Mike, and other artists.

Sara Evans Net Worth: How Rich is the Singer Actually in 2022?