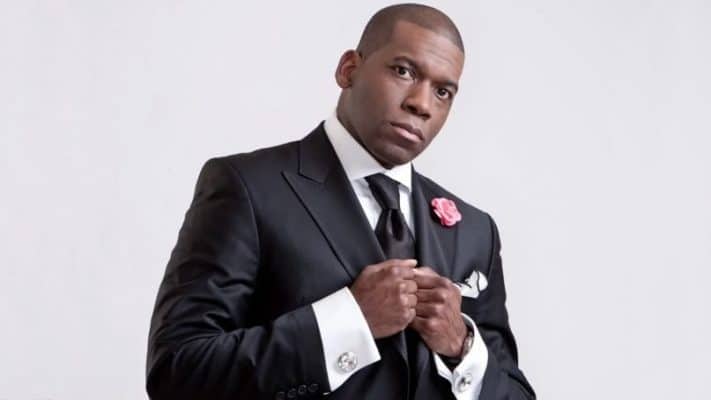 Jamal Bryant is a 51 years old American minister, who is best known as the former husband of The Real Housewives of Potomac star, Gizelle Bryant. Jamal serves as a senior pastor at the New Birth Missionary Baptist Church. As of 2022, Jamal Bryant net worth is estimated to be around $600 thousand.

Jamal Bryant was born on the 21st of May, 1971 in Boston, Massachusetts, United States. He was born to his parents, John Richard and Cecelia Bryant. Jamal spent his childhood days growing up in Baltimore, Maryland. Since he was a kid, he used to attend his father’s church, Bethel A. M. E. Church. Jamal even preached his first sermon at Bethel when he turned into 18 years old teenager.

Regarding his education detail, he has studied at Morehouse College, from where he earned an undergraduate degree. Later, he joined Duke University, where he received a Master’s of divinity degree. He further continued his study and attended the Graduate Theological Foundation. He came out with a doctorate of ministry degree from the foundation.

Jamal has previously served as a pastor at the Empowerment Temple AME Church, based in Baltimore. Later, he moved to Atlanta, Georgia, where he became the senior pastor of the New Birth Missionary Baptist Church. Besides his professional detail, he is mostly known as famous for being the ex-husband of the reality star, Gizelle Bryant. Gizelle is widely known for her appearance on Bravo TV’s reality series “The Real Housewives of Potomac (RHOP)”.

You May Also Like:   Eduardo Brittingham Net Worth: How Rich is Kary's Husband?

Jamal Bryant exchanged wedding vows to The Real Housewives of Potomac star, Gizelle Bryant in 2002. The pair spent seven years together before separating with divorce in 2009. From his marriage to Gizelle, he became a parent of three daughters. His three daughters were very small when he and Gizelle mutually decided to end their relationship through a divorce.

The real reason for their separation was revealed by Gizelle later. She revealed that Jamal was having an extramarital affair. Gizelle went on to find that Jamal had been repeatedly unfaithful towards her. She further discovered that Jamal has several other kids outside of their marriage. However, in 2019, during the fourth season of the RHOP reunion, Gizelle revealed that she and her ex-hubby, Jamal have reunited.

The former couple has broken up again. As of now, they are no longer staying together. During the fifth season of the RHOP reunion, Gizelle was accused of faking her relationship with her former partner, Jamal by the RHOP star, Monique Samuels.

As of 2022, Jamal Bryant’s personal wealth is estimated to be around $600 thousand. On the other hand, his former wife, Gizelle Bryant holds a sufficient net worth of around $4 million.

Though a lot of drama happened in Jamal’s personal life, it doesn’t seem to have made an impact on his professional life.  He is still working as a senior pastor at the New Birth Missionary Baptist Church.

Jen Shah Net Worth: How Rich is RHOSLC Star Actually?