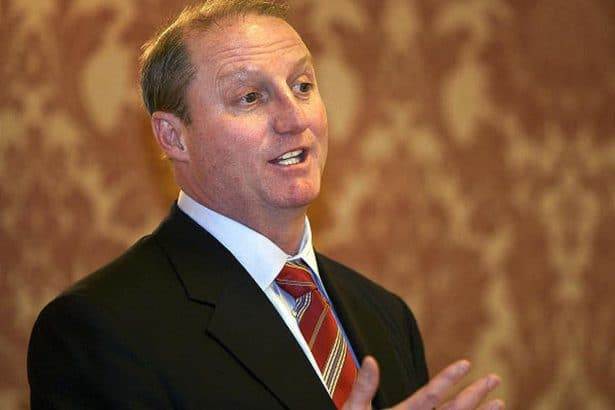 Greg Abel was born on the 1st of June, 1962 in Edmonton, Alberta, Canada. His father used to work in an environment and fire solutions company, Levitt Safety, and his mother used to look after the house. He has a younger sister named, Heather MacBeath. Greg has studied at Bonnie Doon Composite High School. He was not much into extracurricular activities in high school. However, he used to actively participate in football.

While studying at high school, he worked in a series of odd jobs. He also worked at Levitt Safety, where he filled fire extinguishers. Greg later earned a small scholarship from the fire solution, Levitt Safety, and joined the University of Alberta. He eventually graduated from the University in 1984, majoring in commerce degree.

Abel’s early work experience came as an accountant for the Edmonton-based multinational firm, PricewaterhouseCoopers. While working in the company, he was approached to join the internal accounting team of the geothermal company, CalEnergy Co. Greg’s dedication and hard-working nature impressed the CEO, David Sokol. He gave Abel an opportunity to expand his operation skill by working as a controller at one of his company’s power plants.

You May Also Like:   Silvio Scaglia Net Worth: How Rich is Julia Haart's Husband Actually?

Greg was transferred to the United Kingdom in 1996 after David Sokol purchased a utility company in U, K. In 1999, he was shifted to the United States, after CalEnergy purchased an Iowa-based utility. He served as the company’s president. In 2008, he was appointed as CEO of MidAmerican, which was renamed Berkshire Hathaway Energy in 2014.

Greg was named as vice chairman of Berkshire Hathaway in January 2018 for its non-insurance operations. Most recently in May 2021, during the annual meeting of Berkshire Hathaway, the board of directors of Berkshire has named Greg as a successor of current CEO, Warren Buffet. Warren also confirmed the news while speaking to CNBC on May 3, 2021.

Greg Abel has been married twice. He has 3 grown children from his first wife. His three kids were under 7 years of age when he was transferred to U. K. in 1996. Sources revealed that he is married again, and raising a son with his second spouse.

As of 2022, Greg Abel’s personal wealth is estimated to be around $500 million. He is getting a hefty annual salary amount equals to $19 million from Berkshire Hathaway. In addition to that, he owns 5 Berkshire Hathaway Class A shares in the trust, which worth over $400,000 per share, and 2363 class B shares, which worth $280 per share. The total stake worth around $2.8 million.

Tarik Freitekh Net Worth: How Rich is the Businessman Actually?