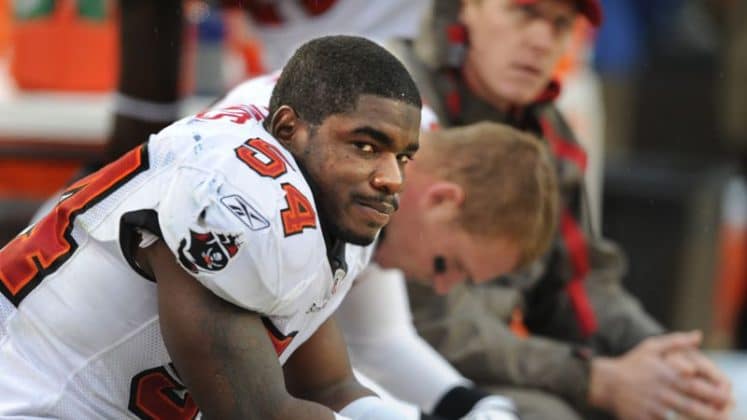 Eugene Antonio Hayes also known as Geno Hayes is a former football player. He played for teams like Tampa Bay Buccaneers, Chicago Bears, and Jacksonville Jaguars during his time at the NFL. As of 2022, Geno Hayes net worth is estimated to be around $1.5 million.

Hayes was born on August 10, 1987, in Greenville, Florida. He went to Madison County High School where he started playing football and ran track. During his time at the school, he earned All-American first-team honors by Parade Magazine, and second-team USA Today All-American honors.

Hayes then played his college football at the Florida State University. In his freshman season, he played all 13 games. His memorable game was in a game against Clemson in November 2005 where he recorded a season-high three tackle and scored Florida State’s only touchdown of the game.

In 2006, he started in 10 out of 13 games. He missed three games because of a knee injury which he suffered in a match against Duke. In his junior year, Hayes started as a weakside linebacker and ranked second on the team in tackles behind Derek Nicholson. He was selected a first-team All-Atlantic Coast Conference pick.

Hayes was drafted by the Tampa Bay Buccaneers in the sixth round of the 2008 NFL Draft. In his rookie year, he appeared in only 9 games, mostly on special teams. On April 19, 2012, he signed a one-year deal with the Chicago Bears.

On March 13, 2013, Hayes signed a two-year, $2 million contract with the Jacksonville Jaguars. However, his professional career was short-lived, and became a free agent after the 2014 season.