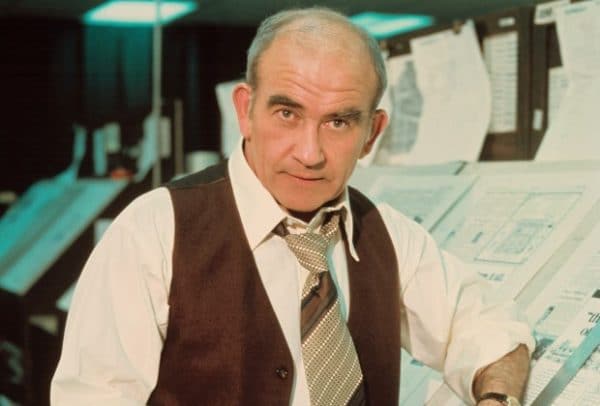 Eddie Asner was an American actor who is best known for portraying the role of Lou Grant in The Mary Tyler Moore Show. Ed Asner net worth at the time of his death is estimated to be around $10 million.

Asner had a success filled career which included a total of seven Primetime Emmy Awards which is the most that a male actor has had in the history of the program. Many people recognized him throughout his career for his role as Lou Grant which has lasted for decades and among the seven Primetime Emmy Awards that he won, five of them were for this role. More of the new generation know Asner through his voicing of the main character Carl Fredricksen in the blockbuster hit film called Up.

Asner studied at Wyandotte High School after which he decided to go to the University of Chicago where he initially started by studying journalism. As with many young people at that age, the choosing of the major happens without really planning out if you want to pursue that path.

This is the same thing that happened with Asner as well since he later decided to switch his major to drama since he felt there was more opportunity here along with more of his interests matching it. However, Asner did not graduate and rather started to take odd jobs to make ends meet. These included being a taxi driver as well as being a factory worker for General Motors.

Ed Asner Net Worth and Career

Asner’s life would take a new turn after he decided to join the military. During his time there, he was also active in the plays that happened within the Army in addition to his duties. His time of service eventually finished in the military and he came to Chicago where he helped to start the Playwrights Theatre Company. He also started to perform in plays on Broadway with one of his early roles being in Off-Broadway.

He then started to gain popularity for his appearance in The Outer Limits and later on with Voyage to the Bottom of the Sea. Asner built himself up step by step and would receive the Emmy Award for his performance in Roots where he played the character named Captain Davies. More success followed when he became part of the show called Rich Man, Poor Man.

Even as he got older, Asner was still active in different roles including the blockbuster hit film called Up where he voiced the main character. Furthermore, at the age of 87, Asner was part of the dark comedy called Dead to Me which streamed on Netflix. Furthermore, what is even more impressive is that he was part of a play called The Soap Myth in 2016.

Asner married Nancy Sykes in 1959. Their marriage gave birth to three children. However, they decided to separate after nearly three decades of being together in 1988.

Later on, Asner married Cindy Gilmore in 1998. However, after around a decade, their relationship had started to deteriorate and as result, they separated in 2007 and got divorced in 2015. At the age of 91, Ed Asner passed away peacefully because of natural causes on August 29, 2021.

You May Also Like:   Louis Thornton Allan Net Worth: How Rich is Meadow Walker's Husband?

As of 2022, Ed Asner had an estimated net worth of $10 million. Asner has a career filled with success which is well deserved considering that he was working even up to his elder age and staying busy by being involved in interesting projects.

Matthew Mindler Net Worth: How Rich was the Actor Actually?