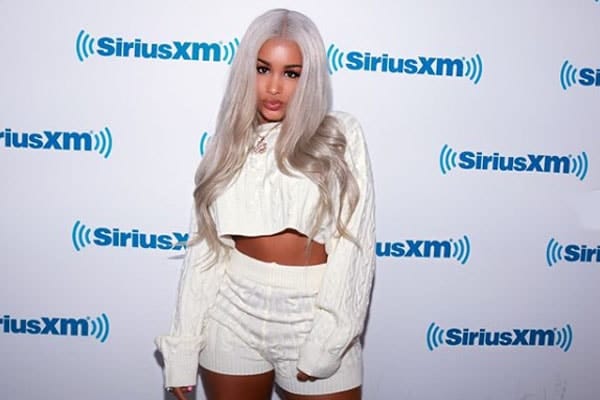 Tabatha Robinson, better known as Dream Doll is an American reality TV star and rapper. She is best known for her appearance on the 16th season of the reality series “Bad Girls Club”. Dream Doll is also recognized for appearing as one of the cast members on VH1’s popular reality show “Love & Hip Hop: New York”. As of 2022, Dream Doll net worth is estimated to be around $2 million.

Dream Doll was born Tabatha Robinson on the 28th of February, 1992 in The Bronx, New York, United States. She was born in a working-class family to her mother, LaTonya Clark, who is of British ethnicity. We have not got any details on her father. She was raised by her mother with four siblings; 2 brothers and 2 sisters.

Regarding her educational background, she studied at the Bronx Academy High School. Following high school graduation, she attended the Herkimer Community College where she studied Business.

A post shared by The Original DreamDoll 🧞‍♀️ (@dreamdoll)

However, she first came into the limelight after she was featured in the reality show titled “Bad Girls Club”. She created a lot of buzz in the show after she was involved in a fight with other contestants. Due to the ugly fight, she had with her fellow contestants, she had to exit from the show. Later on, she was featured on another reality TV series ‘Love & Hip Hop: New York”. She was a part of season eight of the reality series which premiered on VH1 from 2017 to 2018.

Dream Doll has also been able to prove her musical capabilities by releasing a 7 tracks Extended Play titled “Life In Plastic” in 2017. One of the tracks from the EP titled “Love is Blind” has received over 1.7 million airplay in SoundCloud. She came up with her second Extended Play titled “Life In Plastic 2” in 2018, which includes 10 tracks. Her second EP includes some popular tracks like “On Ya Head”, “Fall Thru”, and “Thot Box”.

Dream Doll also has a self-titled YouTube channel, where she releases her recent songs, and some other interesting videos. She has released an official lyric video of her new song “Tryouts” on June 11, 2021. The video has amassed over 506k views to date.

Dream Doll is currently in a relationship with the celebrity hairstylist, Dionte Gray, who is also known as Arrogant Tae. She has previously dated the rapper, YBN Almighty Jay. Dream and YBN dated for few months before breaking up in 2019.

You May Also Like:   Lil Tjay Net Worth: How Rich is the Rapper Actually in 2022?

She has further clarified her relationship with YNB in a YouTube video with Bloveslife where she said “I Just deserve better and I know my worth. I know how I should be treated. I know men are not supposed to put their hands on women and that’s just that.”

As of 2022, Dream Doll’s personal wealth is estimated to be around $2 million. She has amassed a huge amount from her singing career. Dream Doll might also be making a handsome figure from her YouTube channel, where she has 290K subscribers and over 25 million views.

Yo Gotti Net Worth: How Rich is the Rapper Actually in 2022?