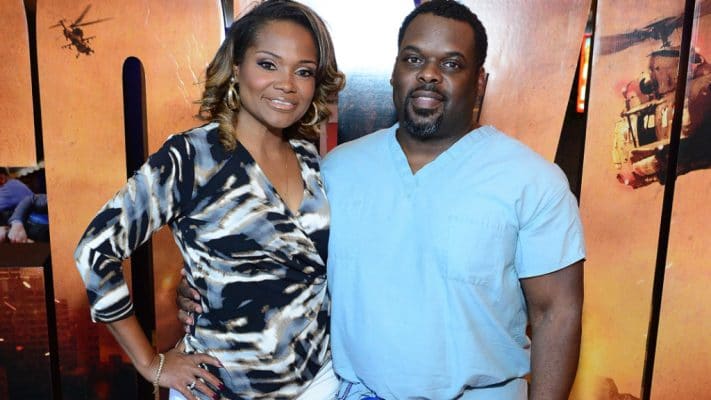 Dr. Damon Kimes is a pain, addiction, and weight loss specialist from Atlanta. He is currently working as a Chief Medical Officer at Roswell Pain Surgical Center. Damon also serves as CEO and President at Regatta Professional Staffing. He is the husband of Dr. Heavenly Kimes, who appears on the popular reality TV show, Married to Medicine. As of 2022, Dr. Damon Kimes net worth is calculated roughly around $5 million.

Later, Damon joined Meharry Medical College and completed his doctorate education. Kimes is a specialist in Pain, Addiction, and Emergency Medicine. In fact, he has served in an emergency department for more than ten years.

Talking about his work experience, he started working at Roswell Pain Surgical Center in 2010. He is also the owner of the center, where he serves as Chief Medical Officer. Damon mainly looks after the pain medication and surgery.

The center is considered one of the best health services for pain medication in Atlanta. Damon is also working as CEO and President at Regatta Professional Staffing,

Damon also made an appearance on Bravo TV’s reality show “Married to Medicine”. His wife Dr. Heavenly Kimes is one of the main cast members of the show.

Kimes was featured in the series along with his wife, as the show features the Atlanta-based doctors and their families. He has also appeared in Bravo TV’s other reality series, Race In America.

Most recently, Damon was featured on Business Mogul Magazine cover along with his wife Dr. Heavenly Kimes. The couple was featured on the magazine’s cover for their contribution as doctors during the COVID pandemic.

Dr. Damon Kimes is married to Atlanta’s popular dentist Dr. Heavenly Kimes. He met her first time while studying in medical school in 1994. Both have studied at Meharry Medical College.

His wife, Heavenly was studying dentistry at college when he met her. After dating for four years, the couple tied the knot on August 17, 1997. He has three children from his marriage life; two college-age sons, Zachary and Damon Jr., and one lovely daughter, Alura.

His eldest son, Zach is currently pursuing a University degree from the University of Georgia. He has recently appeared in Married to Medicine along with his mom. Dr. Heavenly even posted a picture with him on Instagram, where people are showing positive comments towards Zach for his politeness and good behavior shown in the episode.

You May Also Like:   Shawn Michaels Net Worth, Age, Bio, Son, and Daughter

Dr. Damon Kimes has accumulated an approximate fortune of $5 million by 2022. He has earned a huge amount from his medical career.

Gary Drayton Net Worth: How Rich is the Oak Island Star Actually?