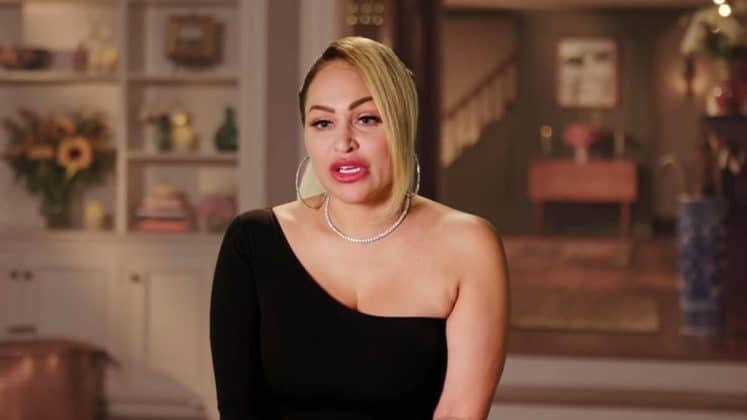 Darcey Silva is an American television personality and entrepreneur who is best known for being a part of the reality television show called 90 Day Fiancé: Before the 90 Days. Over the years, as her popularity has grown, she even has a show of her own together with her sister Stacey called Darcey and Stacey. As of 2022, Darcey Silva net worth is estimated to be around $2 million.

Darcey Silva was born on September 23, 1974, in Middletown, Connecticut. She was born as a twin along with her sister Stacey Silva. Her parent’s names are Mike and Nancy Silva. She also had a brother but sadly he passed away because of cancer in 1988.

She did her education at the University of Houston and then also studied at Marshall University. Furthermore, as she developed an interest in acting, Darcey decided to study acting at Lee Strasberg Theatre and Film Institute.

Darcey Silva Net Worth and Career

Darcey and her sister Stacey are very close to each other and have carried on their careers together as well. In 2010, the duo founded a clothing brand together called House of Eleven.

At the same time, they were also actively working towards their production company called Eleventh Entertainment. Their father Mike Silva is also associated with the industry and the three have worked together in producing the comedy film called White T which was released in 2013 and featured stars such as Jamal Mixon and Jerod. Through their production company, they have also worked on a film called Soul Ties which was released in 2015.

You May Also Like:   Tony Beets Net Worth: How Rich is Gold Rush Star Actually?

Along with their production activities, the two sisters have also been singers who have released several songs such as Lock Your Number and Always in My Heart with the latter being a tribute to their late brother. Darcey featured on 90 Day Fiancé: Before the 90 Days for the first time in 2017 and since then her popularity has skyrocketed as fans love to see her in the show.

However, looking back, Darcey has mentioned that she actually regrets being a part of the show for the way that she was portrayed. Darcey has appeared in the different spin-offs of the show as well called Self-Quarantined & Pillow Talk. Since then, the twin sisters have started their reality show called Darcey & Stacey which was announced on June 29, 2020.

Darcey was previously married to Frank Bollok but their relationship would later come to an end. She has two daughters named Aniko and Aspen with her former husband. Since then, she has dated several men but it seems that the Bulgarian fitness model Georgi Rusey has connected with her. The two have had their ups and downs but Darcey was thrilled when Georgi proposed to her and is now engaged as well.