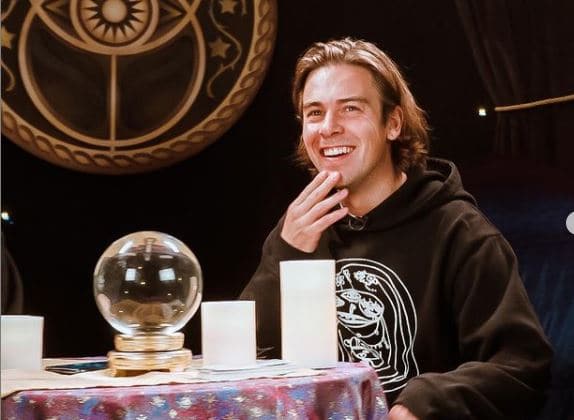 Cody Michael Kolodziejzyk, better known as Cody Ko is a famous Canadian YouTuber, actor, comedian, podcaster, and SoundCloud rapper. He first claimed prominence through making short comedy skits on Vine. Cody is the creator of the viral hashtag #6secondauditions. He is also known for his comedy videos on YouTube. As of 2022, Cody Ko net worth is estimated to be around $6 million.

Cody Ko was born on November 22, 1990, in Calgary, Alberta, Canada. He has a sister, who has appeared on his Vine channel. Cody seems to be very close with his father. On January 29, 2017, he went to Hawaii to give a surprise to his dad. He has posted the video on his Instagram.

Regarding his education, he has studied at the Duke University, from where he majored in computer science. He practically applied his study in real-life by creating the iPhone application called “I’d Cap That”. The application basically adds captions to photos. In just a few months, over 4 million users had started using the app, and thus it became App Store’s Free App of the Week in May 2012. Later on, the application was obtained by the Iddiction.

Cody started working as a senior iOs developer at an entertainment company, Fullscreen. Though, his official work experience didn’t help him get popular. Cody came into notice after he started creating short comedy skits on Vine. He made his first video on Vine on 3rd April 2013. Cody got people’s attention after he created the hashtag 6secondauditions. He had more than 2.7 million followers on Vine.

Cody is also known for his collaboration with fellow YouTuber, Noel Miller. Along with him, he had made commentary videos and worked on some music. They are often known as a comedy rap duo, Tiny Meat Gant. Cody and Noel released their first EP titled Bangers & Ass on 15th December 2017. The famous duo also hosts commentary series called “That’s Cringe”, and a podcast “Tiny Meat Gant Podcast”.

Cody Ko is currently dating fellow YouTuber, Kelsey Kreppel. He is dating her since 2017, and both have been seen together in many YouTube videos together. Cody recently made a video with Kelsey on July 1, 2021, with the title “Couple’s React: Moment of Truth 3”. He also loves to share pictures with Kelsey on his Instagram.

As of 2022, Cody Ko has amassed a total net worth sum of $6 million. He is making a large amount of money from YouTube every year. His estimated annual income from YouTube is around $3 million.

CookieSwirlC Net Worth: How Rich is the YouTuber Actually?