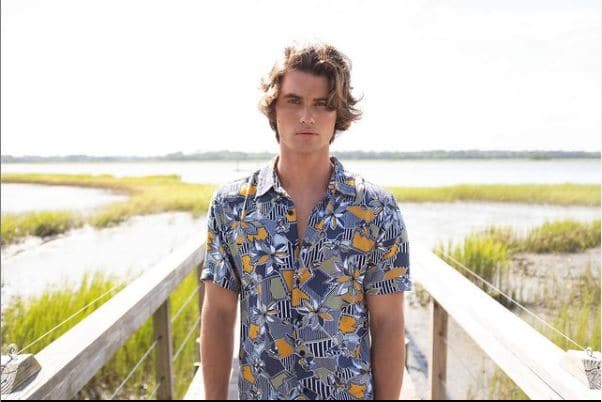 James Alexander Chase Stokes, who is simply known as Chase Stokes, is an American actor who is best known for playing the character of John B in the hit Netflix teen drama series called Outer Banks. As of 2022, Chase Stokes net worth is estimated to be around $1.5 million.

Stokes was born in a place called Annapolis in Maryland. However, his family would later move to Orlando in Florida where Stokes grew up. He studied at Timber Creek High School there where he was an active ice hockey player. Since his grandparents lived on the easter shore in Maryland, there was a very big boating community there and so he was very active in surfing and being around boats.

After completing his high school education, he went o the University of Central Florida. Since he played ice hockey growing up, he had initially thought about being an ice hockey player but that didn’t work out since he had a couple of injuries while in college and didn’t find that this route was the best for him.

Chase Stokes Net Worth and Career

You May Also Like:   Bo Burnham Net Worth: How Rich is the Comedian Actually?

Stokes started his career by building up from smaller roles. Some of the shows that he has credits for included Daytime Divas, Tell Me Your Secrets, and Stranger Things. This helped him to demonstrate his capability as an actor. Stokes then auditioned for Outer Banks in 2019 but he initially would turn down the offer. Initially, after getting an initial idea about the show, Stokes was not interested as he didn’t find the idea to be convincing.

However, he had a change in his mind after reading the script of the show and thinking there might be a good fit present. This would be an excellent decision since its first season became a big hit with fans eagerly awaiting the second season. He is now all set to play the role of a character called TJ in the show called One of Us is Lying.

Stokes is in a relationship with Madelyn Cline who is also a co-star of the show Outer Banks after declaring publicly that they were in a relationship in 2020. The couple even starred together in the music video for the single called Hot Stuff in 2020. Chase has six siblings with who he is very close. Stokes has many interests outside of acting such as surfing, boating, and playing the guitar.

As of 2022, Chase Stokes has an estimated net worth of $1.5million. Stokes has worked very hard to reach where he is at today. He mentions in an interview how he had -$36 in his bank account when he was just starting for the role of Outer Banks. But, a strong fighter mentality, has helped to reap beautiful rewards for his career. In the future, Stokes sees himself continuing to work with Netflix but also step into the world of producing and directing.

Will Kopelman Net Worth: How Rich is Drew Barrymore Ex-Husband?

William Shatner Net Worth: How Rich is the Actor Actually in 2022?